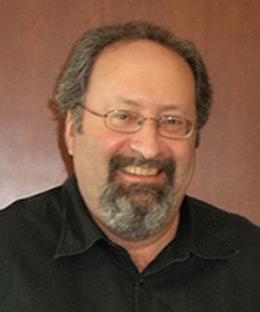 Mark Barenberg is one of the country’s leading professors of labor law and a longtime teacher of constitutional law. He has been on the Columbia faculty since 1987, and is currently the Isador and Seville Professor of Law and the director of Columbia’s Program on Political Economy and Labor Law. He was chosen professor of the year for excellence in teaching by the law school’s Student Senate. He has served as a visiting professor at Yale; has taught at the Universities of Rome, Tokyo, Beijing, Cologne, and Amsterdam; and co-directs and teaches in the Columbia Summer Program in U.S. Law, held each summer in the Netherlands. Since 2015, he has held the position of Distinguished Visiting Professor of Law at the University of Amsterdam.

Of his numerous book chapters and law review articles, he is best known for two book-length monographs: “The Political Economy of the Wagner Act,” Harvard Law Review, a work of revisionist legal history and political economy drawing on oral histories and primary archives, showing that the New Deal labor policy envisioned a corporatist political economy undergirded by labor unions spanning entire nationwide industries; and “Democracy and Domination in the Law of Workplace Cooperation,” Columbia Law Review, a pioneering work in critical legal theory and political economy.

His most recent publication is “From Social Democracy to Democratic Socialism,” a chapter in an anthology he edited, Labor and Democracy (Cambridge University Press, 2022). His current project is a book on the legal infrastructure of capitalism, labor, and democracy, and of an envisioned transition to democratic socialism.

In addition to his scholarly writing and teaching, Barenberg has been an advocate and activist for the rights and empowerment of workers in the United States, Cambodia, Canada, China, Denmark, India, Indonesia, Mexico, and other countries. He routinely collaborates with students in his legal representation and advising of international organizations, governments, and worker organizations, and supervises students in externships with those entities.

Barenberg also has assisted worker organizations in many sectors, including agriculture, transportation, garment production, building services, health care, restaurants, warehouses, the fashion industry, global export manufacturing, and government agencies. He has represented or advised the AFL-CIO, UNITE, SEIU, and other national unions, as well as many local unions and grassroots worker centers. Recently, he developed seven projects assisting workers in their response to COVID, and supervised more than 70 Columbia students on those projects.

Books written and edited by Columbia Law School faculty during the 2021–2022 academic year explore free speech, the climate crisis, Chevron deference, and why you should skip that online order and go directly to the source instead.

The Merrick Garland You Don’t Know

| Politico
In The Media