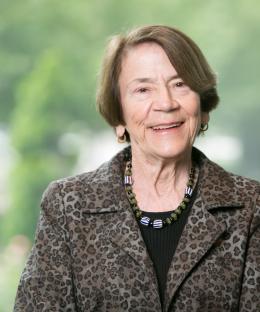 A leading authority on juvenile justice, Elizabeth Scott has written extensively on juvenile crime and delinquency; adolescent decision making; and marriage, divorce, cohabitation, and child custody. In her research, she takes an interdisciplinary approach, applying behavioral economics, social science research, and developmental theory to family/juvenile law and policy issues. Scott is currently the chief reporter for the American Law Institute’s Restatement on Children and the Law, a continuation of her decades of work to codify and clarify U.S. law and shape the way lawyers, courts, and lawmakers think about children’s rights.

Scott is the co-author of Rethinking Juvenile Justice, a collaboration with developmental psychologist Laurence Steinberg. The book offers a developmental framework for juvenile justice policy and received the Social Policy Award for Best Authored Book from the Society for Research on Adolescence in 2010. Their 2003 article, “Less Guilty by Reason of Adolescence: Developmental Immaturity, Diminished Responsibility, and the Juvenile Death Penalty,” argued that adolescent immaturity reduces culpability for criminal defendants; it was cited in the U.S. Supreme Court decision Roper v Simmons (2005), which struck down the juvenile death penalty. Scott’s work was also cited in the Court’s later Eighth Amendment opinions striking down harsh sentences for juveniles. Scott was the lead author of the 2015 report The Supreme Court and the Transformation of Juvenile Sentencing, commissioned by the John D. and Catherine T. MacArthur Foundation; Scott was a longtime member of the Foundation’s Research Network on Adolescent Development and Juvenile Justice, as well as the Research Network on Neuroscience and Criminal Law.

Scott joined Columbia Law School in 2006 and served as vice dean from 2007 to 2009. She is currently vice dean for curriculum. Previously, she was a professor at the University of Virginia School of Law, where she was the founder and co-director of the interdisciplinary Center for Children, Families, and the Law and served as legal director of the Forensic Psychiatry Clinic, a part of the Institute of Law, Psychiatry, and Public Policy.

‘Hand of One, Hand of All’: 50 Years for a Teen Who Didn’t Pull the Trigger