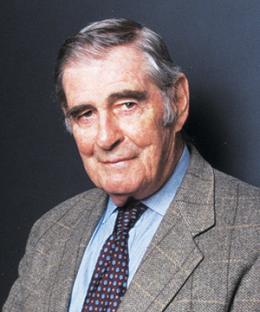 The Joseph Solomon Professor Emeritus in Wills, Trusts, and Estates, Murphy came to teaching in 1963, after working as a litigator in private practice and the U.S. Justice Department. He remained dedicated to public service throughout his career, particularly in the area of science and law. From 1961 to 1973, he was a member of the Atomic Safety Licensing Board of the U.S. Atomic Energy Commission.

Born in Boston in 1922, Murphy graduated with an A.B. from Harvard and served in the Army during World War II, before studying at Columbia Law School, where he was briefly an Associate in Law. Within a year of joining the faculty, Murphy had been tapped by the National Science Foundation for a special commission to study weather prediction and modification. In 1969, he received a Ford Foundation grant to improve legal education in India, where he was a visiting professor at the University of Delhi.

"Every year, Arthur's students in Legal Methods gave him high praise for guiding their first steps as law students,” said Columbia Law School Dean Gillian Lester, the Lucy G. Moses Professor of Law. “Among his colleagues, Arthur was an influential and devoted citizen, a voice of reason, balance, tradition, and innovation.  He loved and was loved by Columbia Law School.”

Murphy retired from teaching in 2010. Two years later, he and his wife, Jean, returned to Columbia Law School for a celebration of his 90th birthday.