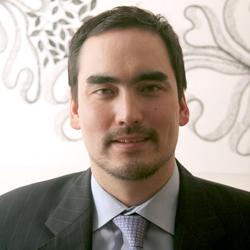 August 6, 2007 – Columbia Law School professor Timothy Wu’s recent academic paper on wireless carriers was cited for its “immediate and forceful influence on policy’’ by Federal Communications Commissioner Michael Copps in a press statement he issued on the adoption of new auction rules for wireless spectrum that will be available in 2009.
Unlike their European counterparts, U.S. wireless carriers currently limit their customers’ ability to use different cell phones and software that the carriers’ don’t control as a way to prevent customers from easily switching from one service to another. Wu’s influential February 2007 paper, “Wireless Net Neutrality,’’ argued that the government should prod the carriers to let customers use whatever cellphone equipment they have – even when switching carriers.
The influence of Wu’s paper, as well as his testimony on the matter in July before a House Telecommunications Subcommittee, has been cited in blogs and media reports on the ongoing wireless debate, including stories in The New York Times and U.S. News and World Report. Read more about Wu’s July testimony here.
On July 31, the FCC’s Copps, in his statement, mentioned Wu’s influence in the debate over what the government should do to ensure wireless open access. “I find it extremely heartening to see that an academic paper - in this case by Professor Timothy Wu of Columbia Law School - can have such an immediate and forceful influence on policy,’’ Copps said in his statement. “Credit is due to Professor Wu as well as many tireless advocates in the public interest and high-tech communities for bringing this idea to the fore.”
Wu specializes in telecommunications law, copyright, and international trade. He is the co-author of “Who Controls the Internet?” (Oxford U. Press 2006), and a regular contributor to Slate Magazine. In 2006 Wu was recognized by Scientific American for his work on Network Neutrality theory. Wu previously worked in the telecommunications industry in Silicon Valley, and was a law clerk for Justice Stephen Breyer.
Columbia Law School, founded in 1858, stands at the forefront of legal education and of the law in a global society. Columbia Law School graduates have provided leadership worldwide in a remarkably broad range of fields – government, diplomacy, the judiciary, business, non-profit, advocacy, entertainment, academia, science and the arts.
Led by Dean David Schizer, Columbia Law School joins traditional strengths in international and comparative law, constitutional law, administrative law, business law and human rights law with pioneering work in the areas of intellectual property, digital technology, sexuality and gender, and criminal law. The Law School offers J.D., J.S.D. and LL.M. degree programs to a diverse student body.