Workplace Law in the Age of Uber

“Philosophical Foundations of Labour Law,” a new book co-edited by Dean Gillian Lester, examines how moral values can and should underlie labor law.

The changing nature of employment—the rise of the gig economy and globalized manufacturing, for example—may require lawyers and regulators to return to the fundamentals of the moral underpinnings of labor laws. In a new book co-edited by Gillian Lester, Columbia Law School Dean and the Lucy G. Moses Professor of Law, legal scholars and philosophers argue that means first deciding what values apply, defining them, and determining how to instantiate them in law. 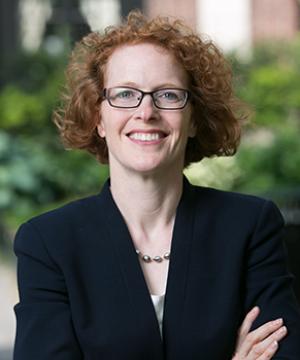 Work has changed so dramatically that it can be difficult to connect it to traditional concepts on which labor law is based, Dean Lester says. When we hop into an Uber, for example, are we entering a workplace or just using technology? “We’ve suddenly been thrust into a conversation in which we have some baffling questions about whether the platform in which those trades take place is actually an employer,” she says. “How do we map that onto classic labor law that assumes workers come to a workplace and have a supervisor on the shop floor giving them instructions on what to do during their eight-hour day?”

That’s crucial, Dean Lester says, because of the fundamental need to work. “Most people don’t have a choice about whether to participate in the market for labor. So making sure that the laws are fit for the conditions of people’s working lives is critically important for ensuring the basic minimum standards of civil society. There can be real vulnerabilities to exploitation given that people need to put bread on the table. So we need to be especially vigilant.” 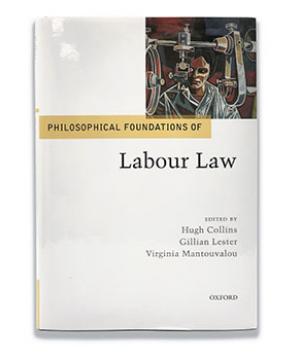 Philosophical Foundations of Labour Law, published by Oxford University Press and co-edited by Dean Lester, Hugh Collins of the University of Oxford, and Virginia Mantouvalou of University College London, came about after a 2016 conference held at University College London that brought together philosophers and legal scholars. The resulting collection of 18 essays focuses on the relationship between employee and employer, the demands of justice in the workplace, and ethical principles and legal theories surrounding new kinds of work arrangements.

“We wanted to create an interdisciplinary conversation around issues of common concern: What are the core values at the heart of using law and regulation to constrain free markets for labor?” says Dean Lester, a widely recognized expert on workplace law. “Sometimes new forms of work pop up that present the question all over again.”

The essays also discuss the applicability of fundamental concepts drawn from human rights and civil rights law—fields that have evolved from warfare and larger-scale political protest rather than exclusively the shop floor. For instance, Dean Lester says, ensuring the dignity of an individual is an often-cited principle in the human rights context that might have useful application to work law. But defining what “dignity” means is complicated. Even more so is figuring out how to “operationalize” dignity in workplace law: Does it mean a minimum wage, a particular job title, freedom from aggression on the job, or a say in what kind of products the company makes? “We love to say dignity matters,” Dean Lester says. “When you boil it right down, what does that require? And how do you write laws to guarantee it?”

In the case of Syrian refugees who end up working in Europe for well below minimum wage, for instance, fundamentals of human rights law may be relevant as well as employment law, Dean Lester says. “Should you suspend some of the rigors of ordinary labor laws under conditions of migration, or should you be even more protective when somebody is a refugee or is fleeing violence? Thoughtful policymakers are struggling with questions like these.”

The concept of exploitation also benefits from closer analysis. For instance, Oxford’s Jonathan Wolff argues in his chapter that to avoid exploitation of workers one first has to recognize that vulnerability to exploitation is created not only by the conditions of a job but also by the larger social, economic, and political forces. Those, he says, should be considered equally morally repugnant and must be addressed in the first instance to avoid deeper exploitation.

Labor law should be undergirded with carefully considered philosophy because, Dean Lester says, it seldom has had a singular theory. In the United States, for instance, labor law has been strongly influenced by the governing philosophy of courts and legislatures during different political eras, leading to shifting interpretations of “the responsibility of the state to help collectivize risk, the nature of autonomy and the extent to which choice is truly unconstrained, and the effects of economic inequality on people’s decisions,” Dean Lester says. “These are questions around which people of different ideological views can have very deeply felt differences. . . . Labor laws reflect the triumph of different normative visions and beliefs.”

But even with the vicissitudes of politics, social norms evolve, Dean Lester says. Labor laws now may no longer try to, say, restrict the number of hours a week that a woman can work, but instead ensure opportunity for that woman to advance in the workplace. “As our understanding of social norms and contemporary morality evolves, it’s also important to step back and re-evaluate the basis upon which we originally chose to regulate these labor markets and ask whether we’re still getting it right,” Lester says. “What values are we trying to advance, and why?”