New York, November 5, 2012—American diplomat Cameron Munter, who served as U.S. ambassador to Pakistan during the U.S. raid that killed Osama bin Laden, will spend the months of November and December as a visiting professor at Columbia Law School.
A recently retired career foreign service officer, Munter was the ambassador to Pakistan from 2010 to 2012, a posting that spanned some of the most challenging and difficult issues in U.S. diplomatic relations. His tenure included the bin Laden raid, the Raymond Davis affair, increased U.S. drone attacks in Pakistan, a U.S-led NATO strike that killed roughly two-dozen Pakistani soldiers, and engagement with Pakistan over human rights issues. 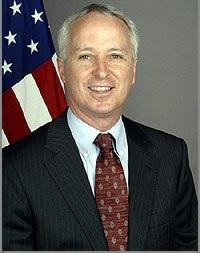 Munter will share his wealth of experience in national-security law and foreign policy with the Law School community. Later this month, for example, he will speak to students about legal challenges in US-Pakistan relations in a Law School seminar on International Lawyering for Governments, led by Sarah Cleveland, the Louis Henkin Professor in Human and Constitutional Rights and faculty co-director of the Human Rights Institute, and Sir Daniel Bethlehem, KCMG QC, visiting professor of law and former Legal Adviser to the UK Foreign & Commonwealth Office. He will also lead a faculty workshop on international legal and diplomatic issues that arose during his tenure, and participate in other related programs at the Law School.
“Ambassador Munter brings a wealth of hands-on experience at the intersection between international law and national security from one of the most strategically important and fraught relationships in U.S. diplomacy,” said Cleveland, who returned to the Law School last year after serving as the State Department’s counselor on international law. “His presence at the Law School will complement our ongoing engagement on U.S. national security issues, both through the work of our Human Rights Institute and Clinic and the Roger Hertog Program on Law and National Security.”
As the U.S. ambassador to Serbia from 2007 to 2009, Munter steered that country toward reconciliation with Kosovo and onto the path of membership in the European Union. The union confirmed Serbia as a candidate country in March 2012.
While in the Foreign Service, Munter served in a variety of roles, including in Iraq as deputy chief of mission in 2010. In that position, he oversaw civilian and military cooperation in planning the drawdown of U.S. troops. In 2006, he led the first-ever provincial reconstruction team in the city of Mosul.
On earlier tours, Munter served as director for Central Europe at the National Security Council under Presidents Clinton and Bush, executive assistant to the counselor at the U.S. Department of State, chief of staff of the NATO Enlargement Ratification Office, and in other diplomatic assignments in Washington, D.C., and overseas. He has received multiple awards, including from the Polish Army, the Czech Republic, and the U.S. Department of State.
Munter began his career as a college professor, teaching European history at the University of California, Los Angeles from 1982 to 1984. Thereafter, he worked as director of European studies at the Twentieth Century Fund (now The Century Foundation) in New York City for a year before joining the Foreign Service. In 1991, he was a Dean Rusk Fellow at Georgetown University’s Institute for the Study of Diplomacy. He earned a doctoral degree in modern European history from The Johns Hopkins University in 1983.