A Trump National Emergency Would Be “Risky” Business 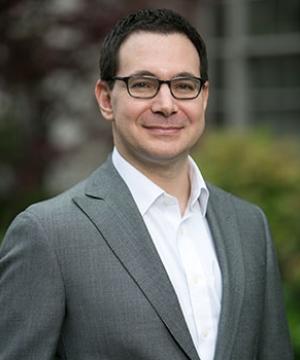 In his standoff with Congress over funding for a wall on the southern U.S. border, President Donald Trump has repeatedly said he might invoke emergency powers to obtain the $5 billion in funding he wants for construction. The wall impasse caused a partial government shutdown for 35 days, and Trump now says he may declare a national emergency February 15 if an agreement to fund the wall has not been reached by then.  Such “national emergencies” are rarely overturned by the courts, even though exactly what constitutes an emergency is not defined in law, says Professor Matthew Waxman, the Liviu Librescu Professor of Law and faculty chair of Columbia Law School’s National Security Law Program.

In a recent podcast on presidential emergency powers for the Council on Foreign Relations, where he is an adjunct senior fellow for law and foreign policy, Waxman said that the administration might invoke military construction statutes that allow for reprogramming funds in emergency situations, rather than make a constitutional argument for the president’s emergency powers.

Waxman expanded on the legal issues surrounding a national emergency in an email interview with Columbia Law.

Q: You’ve pointed out that emergency declarations are not unprecedented—for instance, after the September 11 terrorist attacks—and that only rarely do they get pushback from the courts. Would a border wall national emergency be different?

As a general matter, courts are wary about second-guessing emergency claims by the president. This is partly due to a general deference courts often show on national security judgments, especially if Congress has specifically delegated some emergency powers to the president. There are several reasons why a border wall emergency declaration would be more legally risky than other presidential emergency declarations: The president’s own rhetoric and process has been so inconsistent and undisciplined that he’s undermining his argument. In addition, he will—and he certainly should—face pushback even from congressional Republicans who are wary of over-expansive presidential emergency powers and the erosion of Congress’s prerogative to control purse strings. This would be an end run around one of Congress’s most important powers, over appropriations. And even if he claims emergency funds, the actual construction of a wall could get mired in litigation.

In the end, I don’t think an emergency declaration will get the president his wall, at least not anytime soon. That said, I’m not even sure he truly cares, and he might be satisfied boasting a short term way out of the funding impasse with Congress.

This is tough to predict. The travel ban case shows that the Supreme Court defers heavily to presidential national security claims, even when the president’s own statements give reason to doubt his sincerity and the rigor with which he considered policy options. If I had to guess, I’d say the Supreme Court would probably sustain the president’s invocation of emergency powers here.

There’s also a secondary question for executive branch lawyers, and then perhaps the courts, which is whether, having declared an emergency, the proposed uses of funds to build a wall fall within the specific statutory emergency provisions the president invokes. Courts will also be deferential on that issue, but there are limits to deference, and it’s very unwise for the president to test them here.

In any event, even if he clears these first hurdles, there are many other legal and political obstacles along the way to actually building his wall.


The 1976 National Emergencies Act, as you have noted, doesn’t actually define what constitutes a national emergency. Should there be a legal definition?

I don’t think a more specific definition of “emergency” is the right fix, and it’s unlikely to come of this. True, understanding of “emergency” has grown much broader than we often think of the term, meaning a situation that is grave, unexpected, and fast-moving. But in general, we don’t want to go too far in the other direction and prevent the president from responding quickly to unpredicted contingencies.

One likely result of an emergency declaration in this case is that Congress will tighten up its grants of emergency powers in the future, or at least the purposes to which they can be used. That’s one reason why a wise president would hold back in this case.


Why don’t national emergencies ever end? There are 31 now in effect, dating back to the Iranian hostage crisis in 1979.

Right, some emergencies go on for decades, though often this just means that the executive branch is relying on very broad delegations of authority from Congress to manage specific national security or foreign policy threats. From a good governance perspective, it might make sense to regularize some of the policies or sunset them. A better approach would be for Congress to exercise much closer oversight of them. Congress is so polarized and paralyzed, though, that relying on the regular legislative process as a substitute for long-term emergency powers would be very tough.


Both Republicans and Democrats in Congress have objected to the possibility of President Trump declaring a national emergency to fund a wall. Could a Trump national emergency provoke bipartisan cooperation to rein in presidential powers?

That’s certainly possible here, though Congress is such a mess that it’s hard to predict. One reason why administrations tend to be wary of going too far with emergency powers is that they want Congress to continue granting them in the first place and they want courts to continue to respect such powers. This president has shown so little respect for institutional norms that I just doubt he thinks much about this.