As a member of the academy’s class of 2017, Wu joins some of the world’s most accomplished leaders from academia, business, public affairs, humanities, and the arts.

Tim Wu, a prolific scholar specializing in the internet, media, and communications industries, who coined the term net neutrality, has been elected a member of the American Academy of Arts & Sciences, one of the country’s oldest and most prestigious honorary societies made up of leading “thinkers and doers.” 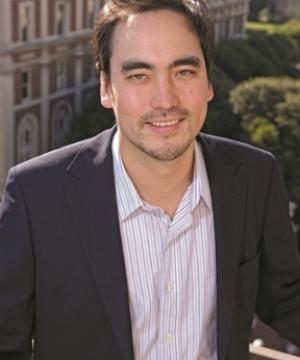 Wu, an Isidor and Seville Sulzbacher Professor of Law, joins a celebrated list of scholars—including many prominent Columbia Law professors—as well as leading scientists, jurists, writers, artists, civic, corporate, and philanthropic leaders who are members of the academy. “It is an honor to welcome this new class of exceptional women and men as part of our distinguished membership,” said Don Randel, chair of the academy’s board of directors on Wednesday, April 12. “Their talents and expertise will enrich the life of the academy and strengthen our capacity to spread knowledge and understanding in service to the nation.”

Wu is the author of The Master Switch: The Rise and Fall of Information Empires, a groundbreaking book that details the history of the information industry. He has made significant contributions to antitrust and wireless communications policy, and for years Wu has been a pivotal force regarding the federal government’s position with regard to the role of the internet. His expertise has served as a guide for the U.S. and for other countries when making decisions on consumer protection guidelines and other regulations. In 2011 and 2012, he served as a senior adviser to the Federal Trade Commission’s Office of Policy Planning, analyzing consumer protection and competition issues that affect internet usage and mobile devices.

In 2014, he ran unsuccessfully as the progressive Democrat candidate for lieutenant governor of New York. A year later, Wu agreed to serve as senior enforcement counsel and special adviser to New York State Attorney General Eric Schneiderman. In that role, he advised the attorney general on technology, competition, and internet policy and legal issues.

Most recently, Wu authored the highly acclaimed book, The Attention Merchants: The Epic Scramble to Get Inside Our Heads, in which he chronicles how the commercial capture and resale of human attention has grown into “the defining industry of our time.”

Wu joined the Law School faculty in 2006 and teaches courses on antitrust and trade regulation, copyright law, criminal law, and the media industries. He writes extensively about private power, free speech, copyright, and antitrust, and is a contributing writer for The New Yorker. He also directs the Poliak Center for the Study of First Amendment Issues at Columbia Journalism School.