A Taxing Topic: Reform of the Tax Code

A Taxing Topic: Reform of the Tax Code

New York, Oct. 4, 2012—President Barack Obama and Republican candidate Mitt Romney sparred over taxes during Wednesday night’s first Presidential debate, each outlining differing views of the impact of tax policy on reducing the deficit and promoting economic growth. According to polls, most Americans believe the U.S. tax system needs an overhaul, but the real debate centers on what that reform should look like. 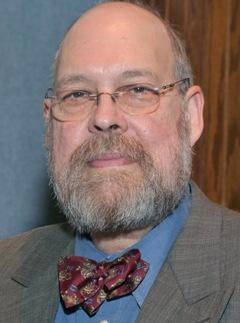 Graetz (pictured left) opened with a discussion of changes in U.S. tax laws that could improve revenue generation, reduce the number of people that have to file income taxes each year and provide other benefits. Desai commented on the current tax law and the impact of the ideas for change on different tax payers, U.S. businesses and the U.S. economy. Andrew Stern discussed the political situation we face and the difficulties that places on enacting tax change ideas. The discussion that followed expanded on these points.
Next year marks the 100th anniversary of the Sixteenth Amendment, which gave Congress the power to collect income tax. However, the last major reforms to the tax code were enacted in 1986. It is not clear whether Congress will significantly overhaul the tax code in its next session, even though both parties agree there is plenty of room for improvement.
Changes to the tax code are necessary to manage the national debt, which is currently the largest share of the economy since World War II. The interest on the federal debt owed to the public is estimated to reach $20 trillion over the next 10 years.
“We are going to have to pay that,” Graetz said. “We will need more revenue. Someone will raise taxes or the markets will tell us we need a revenue source. The status quo is not possible. Haircuts on taxes won't do enough. We have to do something big.”
Corporate tax rates are a prime target, but Graetz said scapegoating large companies is not productive. “It's child's play to characterize large corporations as villains, and to increase tax rates on corporations is a bad way to achieve progressivity—it won't finance tax cuts for individuals or finance additional borrowing,” explained Graetz. As it is, the U.S. has one of the highest statutory corporate tax rates in the world—35%.

However, Desai (left) pointed out that some corporations pay low or no federal taxes, which undermines the credibility of the tax system. He recommended “getting rid of international provisions that are antiquated.” The U.S. taxes profits earned abroad by U.S.-based multi-national companies while many other countries tax only corporate income earned within their territories.
“When companies invest abroad they are seen as demons, but when American firms succeed abroad, we prosper at home,” said Desai. He also contends that reform should include broadening the tax net to “capture non-corporate income” from other businesses like corporations, which pass income, losses, and deductions through to their shareholders. But Graetz said doing so would be “difficult politically.”
The panel also addressed recent talk of a broad-based consumption tax to replace the national income tax. “It's not an accident that 153 countries have a value-added tax,” said Graetz, who said a consumption tax on goods and services would take the IRS about two years to prepare for implementation.
Graetz, the author of the book 100 Millions Unnecessary Returns, has garnered widespread attention for his VAT-tax plan, which he believes would make the nation less reliant on income-tax collections and allow the government to do away with tax breaks and credits to special interests.  If a VAT tax were implemented, Graetz said, “The vast majority of people would never have to deal with the IRS, and it would solve tax planning problems of multi-national corporations. It would eliminate the temptation for Congress to use taxes as a solution to solve all society's problems.”
The panelists also discussed the idea of a “carbon tax,” effectively a tax on the carbon dioxide emissions from burning fossil fuel, which has been touted by some as another solution. There is also interest in a tax on financial transactions, such as the sale or transfer of stocks. “This can produce a lot of revenue. There is a lot of serious discussion about doing this in Europe,” said Stern.
The Bowles-Simpson plan, proposed by the co-chairs of President Obama’s National Commission on Fiscal Responsibility and Reform, commonly known as the “Deficit Commission,” includes various options that would impose different changes on the tax code. The first option, “The Zero Plan,” would trim or eliminate most tax deductions, devote $80 billion annually to reduce the deficit, and use remaining revenue gains to cut tax rates.
But Stern said the plan is not a panacea. “It won't work and will hurt. The devil is in the details.”
At stake are deductions such as mortgage interest, the child-care credit, and charitable giving, among others, and the plan would impose flat tax incomes rates of 8%, 14% and 23%, said Stern. “If you keep deductions, then the rates go up. Logically this will never work, because people want things like mortgage deductions. One compromise will be to tinker with deductions, to make them more equitable, or cap them,” he said.
Desai framed the key issue of the tax debate in simple and stark terms: “We have less tax revenue than we need. Whatever we do, we need to expand the revenue base.”
Graetz noted that the debate will only intensify: “The Fat Lady never sings in tax politics or policy.”
The event was open to members of the Columbia University community and the public as part of the Richman Center lecture series which aims to bridge theory and practice by inviting distinguished practitioners and policy makers to share their perspectives and engage in active dialogue on social, political and economic issues.