Gillis will join Columbia Law School in July as an associate professor of law. Her work in law and economics includes how fair lending laws should address pricing algorithms. 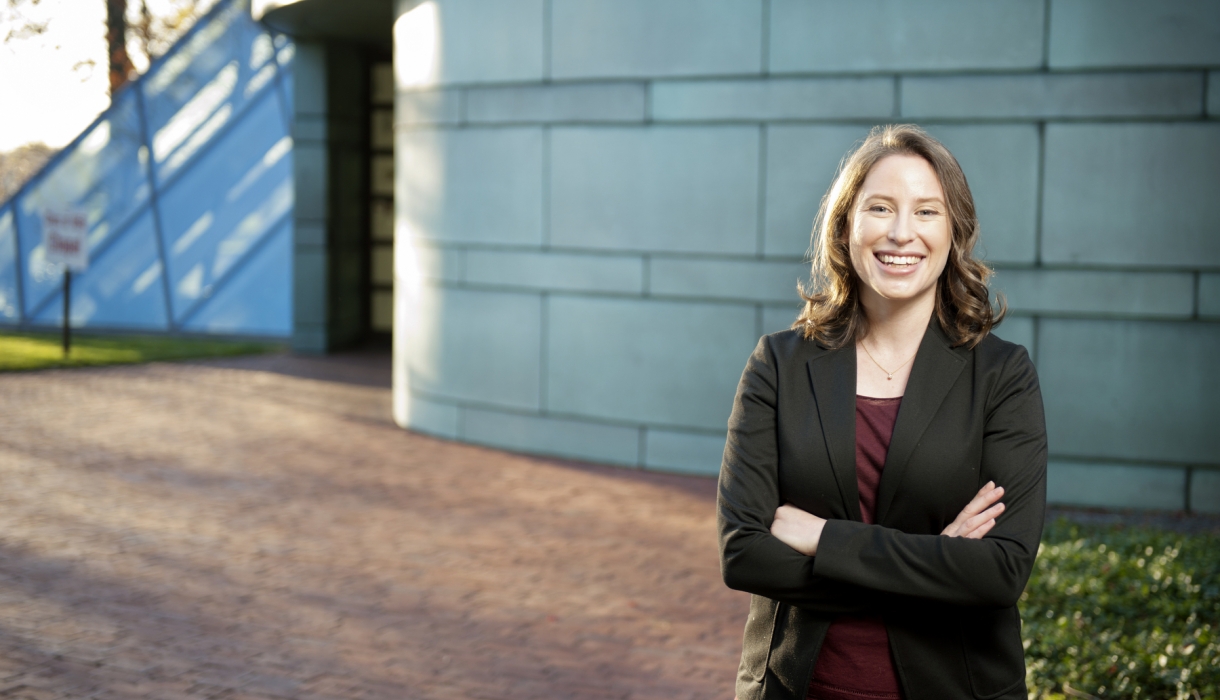 The COVID-19 pandemic is turning every aspect of the global economy upside down, but Talia Gillis is approaching the disruption at an individual level—one paycheck at a time.

Gillis is a legal economist who uses empirical methods to examine questions of individual behavior within economic systems and the responses of financial institutions to technological change. Her research serves to inform financial regulation and policy. Her wide-ranging research has delved into household financial decision-making and the potential for discrimination in algorithmic credit pricing. It’s that combination of analytical challenge and broad inquiry in the field of law and economics that appeals to Gillis. “You’re always encouraged to ask important and big questions,” she says, adding, “That’s what excited me most about joining the faculty of the Law School.”

Gillis considers “mental accounting” when she studies consumer financial behavior and how it is affected by regulation. Consumers “hold different accounts in our minds: what we spend and save”—like spending a bonus on a luxury item rather than the utility bill. “We are very much affected by the labels that we give money,” she says.

For instance, she is in the early stages of a project to consider how paycheck frequency might affect spending and saving behavior. Does getting paid every two weeks, rather than once a month, make it easier for earners to maintain sufficient funds to cover major bills? Do people who earn frequent small payments—gig workers, for instance—find it difficult to pay one big monthly bill like a mortgage? Findings about these behaviors could have policy implications for the frequency of Social Security or pension payments, for example.

The importance of understanding consumer financial behavior “obviously gets magnified in a crisis like the current pandemic, in which [financial] liquidity is a very big thing and people’s savings are a very big thing,” Gillis says.

“I think that there is going to be a big policy focus on trying to [persuade consumers] to consider more rainy day savings.” Another question, she says, is the impact of the economic meltdown on consumer behavior. The COVID-19 bear market, like the 2008 recession, could have a prolonged impact on young adults. Research shows that graduating into a recession causes a long-term financial handicap and shapes consumer decision-making. “There’s a critical time during which you’re learning about financial markets, and you take that with you throughout your life,” she says.

Gillis arrives at Columbia Law School after earning an S.J.D. from Harvard Law School—where she was a teaching fellow for the influential behavioral economist Cass Sunstein—and is completing a Ph.D. in business economics at Harvard Business School. She also holds law degrees from The Hebrew University and Oxford University and clerked for Deputy Chief Justice Hanan Melcer of the Supreme Court of Israel. She will teach Contracts this fall. “I hope to teach additional topics from my research interests, such as the regulation of consumer finance and law and artificial intelligence,” she says.

Gillis’ research on consumer credit tackles the effective regulation of credit discrimination in an era when the cost of credit is increasingly set by a lender’s algorithm without giving the loan officer discretion. Pricing fairness is crucial, because credit “isn’t just a reflection of the wealth you have,” she points out. “It’s the creator of the wealth you will have in the future.”

Algorithms that set credit prices can use dozens of inputs that effectively act as proxies for race, ethnicity, or gender and that are not identifiable to the human eye, Gillis says. While it’s possible to regulate algorithms, “We shouldn’t rely on our ability to pick out or identify proxies.” As a result, she believes that regulation to ensure fairness should require a stress test of lending decisions that analyzes lending outcomes to determine whether the algorithm is causing price discrimination.

Growing up in Australia and Israel, Gillis had an early fascination with both human behavior and money—aided by a trip to the New York Stock Exchange when she was 12—that she credits with shaping her research interests. “Behavioral economics is that perfect combination of human psychology and money.” (As for her introduction to the law, she adds, “I was a high school debater, probably like every other law professor ever.”)

Gillis says she looks forward to moving to New York with her husband, Avi, an entrepreneur, and their three children: Elia, age 3, and Bella and Libi, who turned 1 in February. (Yes, Gillis was pregnant with twins while pursuing two doctoral degrees. And no, she says, despite what other economists might believe, it is not more efficient to have two babies at once.)

Even though restrictions have closed many of the restaurants, theaters, and museums that New York City is known for, Gillis says the COVID-19 shutdown makes coming to New York more interesting professionally, because Columbia and the New York financial industry will be at the center of economic and policy decisions that result from the meltdown and efforts at recovery.

“New York is just a fantastic location to bring together the practitioners, academics, and policymakers in an environment that’s really vibrant in terms of the engagement of those different constituencies,” she says. “This tragedy will create a serious energy in New York. And universities like Columbia and Columbia Law School will be at the frontier of thinking through the implications of this crisis. It’s going to be an exciting place to be.”