Students Most Decorated Team at International Arbitration and Mediation Competition

New York, Aug. 29, 2011—Columbia Law School students competing against challengers from around the world at an alternative dispute resolution (ADR) mooting competition returned home as the event’s most decorated team.
The Law School team was represented at the Second International ADR Mooting Competition, held from Aug. 7-13 in Hong Kong, by Chao Huang ’13, Darren Jackson ’13, and Ning Feng “Fennie” Wang ’13. Coached by Mark Rockefeller ’11 LL.M., the team advanced to the semi-finals. Wang won the Best Oralist award for arbitration proceedings in the general rounds, and Jackson earned the Best Mediator award. 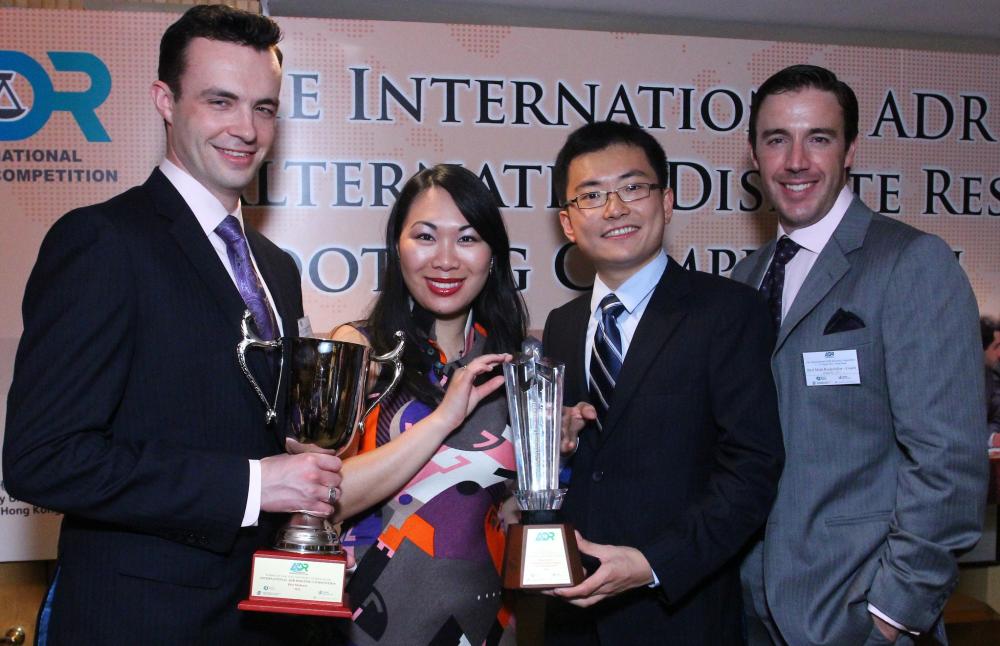 (pictured left to right: Darren Jackson ’13, Ning Feng “Fennie” Wang ’13, Chao Huang ’13, and coach Mark Rockefeller ’11 LL.M.)
Overall, the trio finished third out of 14 teams. The event was hosted by the City University of Hong Kong, in association with Columbia Law School and the China International Economic and Trade Arbitration Commission.
“Events such as this one expose students to the art of the law and lawyering,” said Brian Gibson, the Law School’s assistant dean for comparative and international programs. “The students benefited considerably from instant feedback provided to them by the judges. Indeed, what perhaps sets this moot apart is the degree to which it has been embraced by the Hong Kong and China legal academic and practitioner communities.”
The competition combined elements of arbitration and mediation, and allowed participants to play multiple roles—client and attorney, as well as claimant and respondent. Each team designated one member to serve as mediator/arbitrator, a position held throughout the competition.
“I discovered that I appear to have some degree of natural talent for mediation, which was a pleasant surprise,” Jackson said. “I learned that I really enjoy mediation and the chance to help parties come to agreement rather than pursuing disagreement.
It opened my eyes to a new potential career path that I hadn't really considered before.” 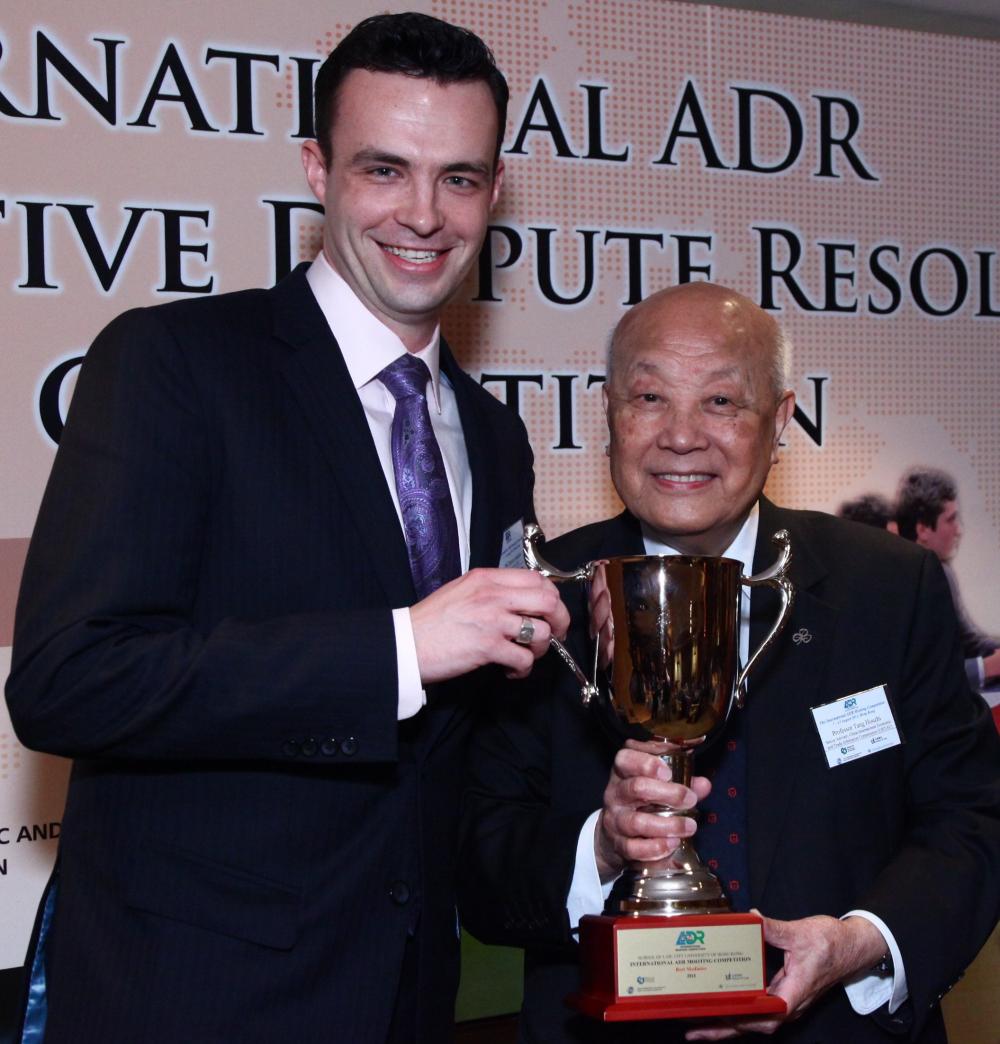 Huang, Jackson, and Wang had to prepare for the competition while juggling demanding full-time summer jobs: Huang was as a legal intern for the Securities and Exchange Commission; Jackson worked as a legal intern in the Senate Judiciary Committee for Sen. Dianne Feinstein, D-Calif.; and Wang clerked for the Hon. Shirley Werner Kornreich of the New York Supreme Court, Commercial Division.

The students collaborated on their responses to the moot problem via conference calls and video chats over two months, but were only able to meet in person a few times before traveling to Hong Kong.
The Law School team, one of two from the U.S., competed against more seasoned and experienced students from mainland China, Australia, India, South Korea, Hong Kong, Nepal, and Slovakia. Each of the six-hour rounds began with an arbitration that was overseen by a three-person panel—the student arbiter and two event judges.
Once both sides presented their case in arbitration, the process shifted to mediation—a more facilitative and less adversarial process. During the mediation, the student arbiter became the sole mediator.
“The competition was a very interesting experience,” Huang said. “The mediation aspect was thrilling in ways that the arbitration could not be, because it was entirely ad hoc and little actual preparation could be done.”
Various forms of dispute resolution such as arbitration and mediation have become increasingly important worldwide as an alternative to litigation, Gibson said. The Law School offers one of the most comprehensive ADR programs in the nation, led by scholars such as
George A. Bermann, the Jean Monnet Professor of EU Law and the Walter Gellhorn Professor of Law.
Bermann, a world-renowned expert in international arbitration, was instrumental in establishing this competition, which launched last year. Law School faculty and students wrote the problem for the initial competition, but to avoid any potential conflict of interest, no Law School team participated.
“Dispute resolution is central to the practice of law, and no less so in the international arena,” Bermann said. “For the practice of dispute resolution, arbitration and mediation—often in combination—offer great promise, and there is no better way for students to gain mastery in the field than to participate in moots such as the International ADR Mooting Competition in Hong Kong.”
# # #
Columbia Law School, founded in 1858, stands at the forefront of legal education and of the law in a global society. Columbia Law School joins traditional strengths in international and comparative law, constitutional law, administrative law, business law and human rights law with pioneering work in the areas of intellectual property, digital technology, sexuality and gender, criminal, and environmental law.
Visit us: http://www.law.columbia.edu/
Follow us on Twitter http://www.twitter.com/columbialaw