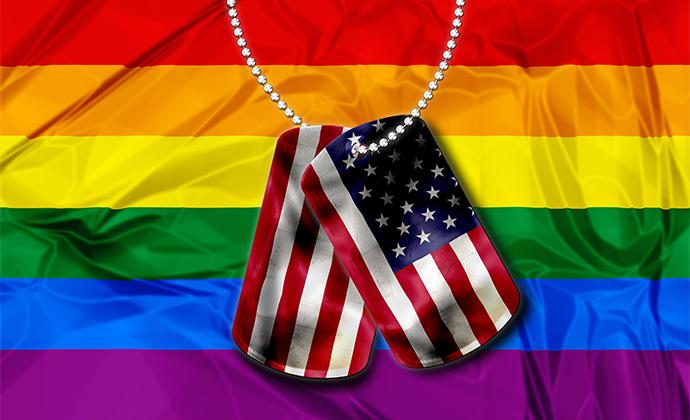 New York, July 5, 2018—President Trump’s ban on military service by transgender individuals runs counter to decades of well-settled judicial decisions forbidding the government from entrenching sex stereotypes in law, according to an amicus brief filed July 3 in the Ninth U.S. Circuit Court of Appeals by Columbia Law School’s Sexuality and Gender Law Clinic in a case challenging the ban.

The brief was filed in Karnoski v. Trump on behalf of major rights groups from across the country in support of transgender servicemembers challenging the ban, which President Trump first announced via Twitter in July 2017. The next month the president issued a formal memorandum directing the armed forces to prohibit transgender individuals from enlisting in the military. A previously existing ban had been lifted by President Obama in 2016.

In the brief, clinic director and Columbia Law School Professor Suzanne B. Goldberg argues that justifications for the ban—including that open service by transgender men and women would harm unit cohesion—“def[ies] decades of constitutional jurisprudence rejecting laws and policies that restrict opportunities for men and women based on sex.”

Goldberg cites numerous cases in which such disparate treatment has been rejected by the courts, including Sessions v. Morales-Santana, a case in which the U.S. Supreme Court ruled last year that a citizenship provision of the Immigration and Nationality Act treating mothers and fathers differently violates the Constitution’s Equal Protection clause.

“In short, assumptions that men must be one way and women another, even when rooted in traditional views and practices, are not sufficient grounds for governmental denial of opportunities to men and women who do not conform to those assumptions but are otherwise qualified and prepared to meet all relevant requirements,” Goldberg writes.

Goldberg is one of the country’s foremost experts on gender and sexuality law. Before joining Columbia Law School, where she is co-director of the Center for Gender and Sexuality Law, she was a senior staff attorney at Lambda Legal and, in that capacity, served as co-counsel for the defendants in Lawrence v. Texas. She was assisted on the brief by Columbia Law School student Solomon Leung ’20.

The underlying case was filed by Lambda Legal and OutServe-SLDN, a legal services organization for actively serving LGBT military personnel and veterans. It was later joined by the state of Washington. In December 2017, lower courts issued a preliminary injunction barring the ban from taking effect. In April, U.S. District Judge Marsha J. Pechman of the Western District of Washington upheld the preliminary injunction, rejecting the Trump Administration’s plan to implement the ban, which would allow transgender people to serve only if they did so in their “biological sex.”