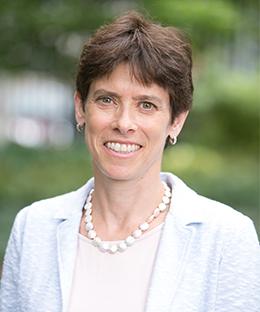 The founding director of Columbia Law School’s trailblazing Sexuality and Gender Law Clinic, Suzanne Goldberg has led the clinic since joining the faculty in 2006. One of the country’s foremost experts on gender and sexuality law and a leading advocate and attorney for the LGBTQ+ community, she is also co-director of the Law School’s Center for Gender and Sexuality. Since January 2021, she has served as deputy assistant secretary for Strategic Operations and Outreach in the Office for Civil Rights (serving as acting assistant secretary) at the U.S. Department of Education.

An award-winning teacher who has received the Law School’s Willis L.M. Reese Prize for Excellence in Teaching and been named the Public Interest Professor of the Year, Goldberg has served as Columbia University’s inaugural executive vice president for university life since 2015. In this role, she works to broaden and reinforce the university’s commitment to respect, inclusion, and ethical leadership among students, faculty, and administrators.

Goldberg launched her career as an advocate at Lambda Legal, the country’s first and largest legal organization focused on achieving full equality for LGBTQ+ people. While at Lambda, she worked on immigration, employment discrimination, and family law matters as well as two cases that became cornerstone gay rights victories at the U.S. Supreme Court: Lawrence v. Texas, the landmark decision that struck down Texas’s sodomy law, and Romer v. Evans, which overturned an anti-gay Colorado constitutional amendment. She has continued this advocacy as a professor at Columbia, filing briefs in nearly every marriage equality case in the United States.

From 2000 to 2006, Goldberg was on the faculty of Rutgers University School of Law, where she directed the Women’s Rights Litigation Clinic. Goldberg has also served as a clerk to Justice Marie Garibaldi of the New Jersey Supreme Court.

Goldberg is a frequent commentator and analyst for the news media on the MeToo movement, sexuality and gender law, and discrimination law and litigation issues. Her commentary has been featured on the ABC News program 20/20, CNN, and other television networks as well as on the radio and in news outlets around the world.

Professor Goldberg is currently on leave serving in the federal government.

Co-Chair, University Commission on the Status of Women

In Community: Bringing the University Together in the Face of COVID-19

| NPR
In The Press

| Forbes
In The Press

A Huge Win for the LGBTQ Workforce