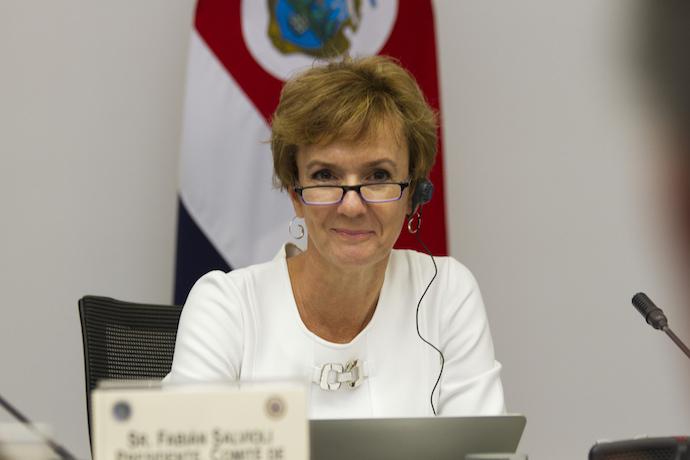 Columbia Law School Professor Sarah C. Cleveland, the U.S. expert on the Council of Europe’s European Commission on Democracy Through Law—a.k.a. the Venice Commission—was one of the authors of the 30-page opinion released this week that unambiguously critiqued proposed changes to Turkey’s constitution. Adopted by the Turkish Grand National Assembly and scheduled to be voted on in a national referendum in April, the changes would expand presidential powers and compromise the judiciary, the authors said.

“The Venice Commission wishes to stress the dangers of the degeneration of the proposed system towards an authoritarian and personal regime,” wrote the authors of the opinion adopted at the commission’s 110th plenary session in Venice on March 10 and 11. After studying the proposed amendments, Cleveland and her colleagues concluded that the substance of the proposed changes “aim to establish what the Turkish authorities have described as a ‘Turkish-style’ presidential system, although they in no way reflect the well-rooted tradition of parliamentarism in Turkey but would constitute a decisive break in the constitutional history of the country. They are not based on the logic of separation of powers, which is characteristic for democratic presidential systems.”

Cleveland, the Louis Henkin Professor of Human and Constitutional Rights, is faculty co-director of Columbia Law School’s Human Rights Institute. A major actor on the world stage, she was appointed by the U.S government to the Venice Commission in 2010, and, in 2014, she was elected to serve a four-year term as an independent expert on the U.N. Human Rights Committee. A former Rhodes Scholar and clerk for U.S. Supreme Court Justice Harry Blackmun, Cleveland has been a member of the Law School faculty since 2007.