He will be honored April 6 in Washington, D.C. 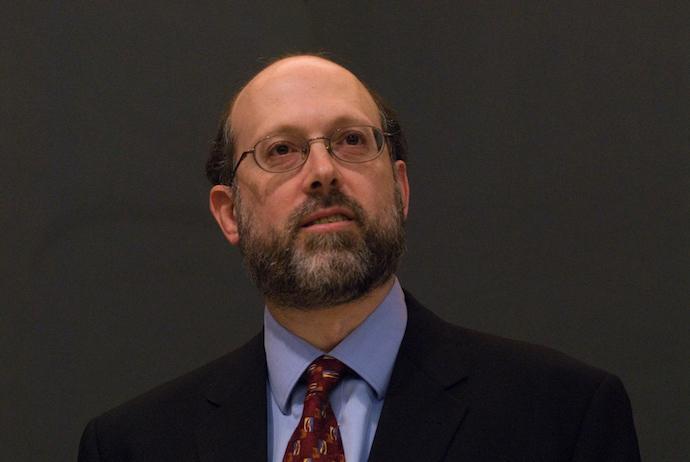 Philip Hamburger, the Maurice and Hilda Friedman Professor of Law, will receive the 2017 Bradley Prize on April 6 in Washington, D.C. The award, which honors “innovative thinkers and practitioners,” carries an unrestricted stipend of $250,000.

Hamburger learned last month that he was chosen for the award in a phone call from Richard Graber, president and CEO of The Lynde and Harry Bradley Foundation, which is based in Milwaukee. “I was flabbergasted and utterly astonished,” says Hamburger. “One does not normally expect to get prizes, especially big ones.”

Hamburger and this year’s three other prize winners—Walter E. Williams of George Mason University, Peter Berkowitz of the Hoover Institution at Stanford University, and Christopher DeMuth of the Hudson Institute—were nominated by a committee of more than 200 people. “Philip was selected because he has a wonderful resume and reputation, and is one of the nation’s premier legal scholars,” says Graber. “His most recent book, Is Administrative Law Unlawful?, is of tremendous interest to the Bradley Foundation.”

The foundation’s mission is to “restore, strengthen, and protect the principles and institutions of American exceptionalism. The core principles which guide the foundation’s grantmaking include a commitment to free markets, fidelity to the Constitution with its principles of limited government, federalism, separation of powers, and individual liberties; commitment to the fundamental institutions of civil society; and dedication to the formation of informed and capable citizens.”

Hamburger has taught at Columbia Law School since 2006. His scholarship focuses on constitutional law and its history, religious liberty, freedom of speech, academic censorship, judicial review, the office and duty of judges, administrative power, and the early development of liberal thought.