News and Notables: Richard Cleary ’15 to Clerk for Justice Alito

Cleary is one of two Columbia Law alumni who have secured clerkships for the Supreme Court October term 2019. 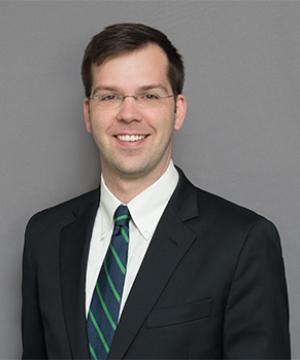 “It is the honor of a lifetime to clerk for Justice Alito,” says Cleary, who began his one-year assignment in July. He joins fellow Columbia Law alumna Alyssa Barnard ’15, who is clerking for Justice Ruth Bader Ginsburg ’59, at the court.

This is the third clerkship for Cleary: He previously clerked for Judge Debra A. Livingston of the U.S. Court of Appeals for the 2nd Circuit in 2015 (Livingston is Paul J. Kellner Professor of Law at the Law School) and Judge Richard J. Leon of the U.S. District Court for the District of Columbia in 2017.

“It was a privilege to learn at the elbow of Judges Livingston and Leon, two models of the profession. Those years, along with my time at Columbia, have formed the bedrock of my legal career,” Cleary says. “My co-clerks and I were able to observe strong advocacy at the appellate and trial levels and to gain exposure to a variety of cases.”

“I owe my professors a special debt of gratitude for supporting my clerkship application and, even more, for a superb legal education,” Cleary says. “And I’m grateful to my classmates for the many engaging conversations about the law during our years of study in Morningside Heights.”

Cleary is the third Columbia Law alumnus to clerk for Justice Alito. He follows Matthew Schwartz ’03 and Jonathan Berry ’11, who served as clerks for the Supreme Court justice in 2006 and 2015, respectively.