Professor Gardner, who died Feb. 16 at 91, shaped foreign policy and the careers of generations of Columbia Law students over seven decades. 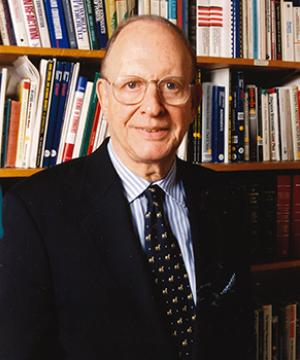 Richard N. Gardner, a distinguished diplomat, former U.S. ambassador under two administrations, and longtime Columbia Law School law professor who shaped the careers of generations of students, died on February 16. He was 91.

A world-renowned authority on international trade, U.S.-European relations, and nuclear arms issues, Gardner served as a deputy assistant secretary of state for international organization affairs under Presidents John F. Kennedy and Lyndon B. Johnson and served as U.S. ambassador to Italy and Spain under Presidents Jimmy Carter and Bill Clinton, respectively. During his service in Spain, he received the Thomas Jefferson Award for his contributions to U.S. citizens abroad.

Gardner began his tenure at the Law School as a part-time lecturer in 1954 and joined the full-time faculty in 1957. Gardner’s wildly popular seminar, Legal Aspects of U.S. Foreign Economic Policy—introduced in 1955—helped shape generations of students at the Law School and Columbia’s School of International and Public Affairs and as they explored the intersection of foreign policy and global economics. This storied seminar continued until Gardner retired in 2012, making it the longest-running course of its kind at the Law School.

“The Law School has lost one of its greatest global citizens,” said Gillian Lester, Dean and the Lucy G. Moses Professor of Law. “Dick Gardner will be remembered not only as a brilliant statesman and international lawyer, but as a beloved professor and mentor to generations of students who are now leaders in law, foreign policy, and international affairs.”

Upon his retirement, hundreds of luminaries gathered to honor Gardner’s career in public service and the legal academy, including former students Antony “Tony” Blinken ’88, then-deputy assistant to President Barack Obama and national security adviser to Vice President Joe Biden; Xue Hanqin ’83 LL.M., ’95 J.S.D., a judge at the International Court of Justice; Edward C. Luck ’72 M.I.A., then-assistant secretary-general of the United Nations; and James Rubin ’84 M.I.A., a former assistant secretary of state for public affairs in the Clinton administration. The two-day conference was featured in a Wall Street Journal column that described Gardner’s role in shaping generations of diplomats, lawyers, and powerbrokers.

“As it turns out, the stints that Richard Gardner served as ambassador to Italy and subsequently ambassador to Spain in the Clinton administration were more by-products of his expertise than crowning achievements—as they might have been in the careers of other successful people,” wrote Ralph Gardner Jr. (no relation) in the column. “Indeed, they were part of a continuum where he moved gracefully among public service, the private sector and academe.” 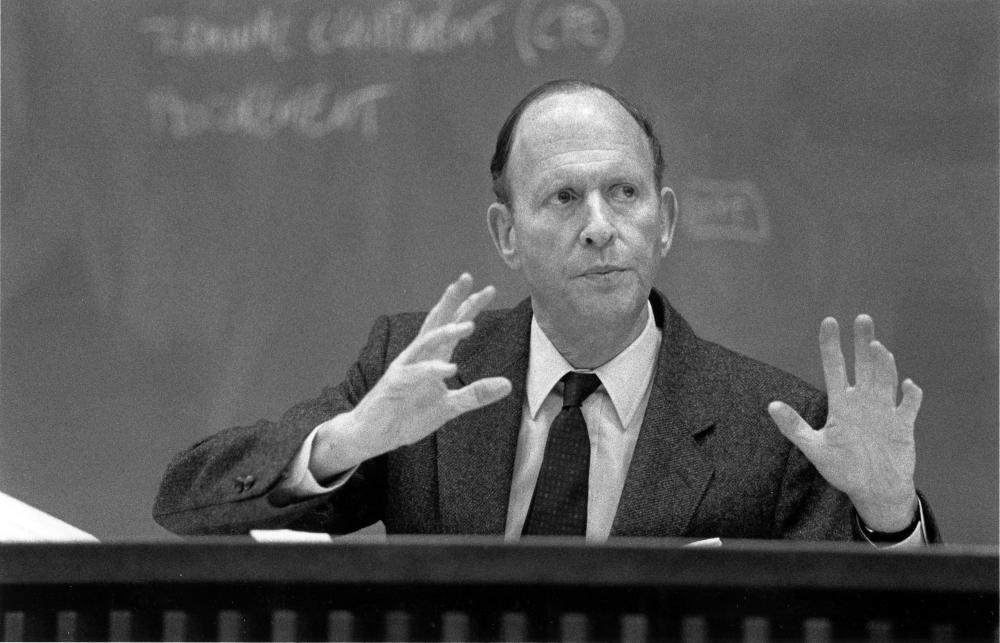 Born in New York City on July 9, 1927, Gardner served in World War II before enrolling at Harvard College and earning a bachelor’s degree in economics in 1948. He received his LL.B. three years later from Yale Law School, where he served as an editor for the Yale Law Journal. A Rhodes Scholar, Gardner earned a Ph.D. in economics from Oxford University in 1954.

During a winter break from Oxford in Paris in 1951, Gardner met and “fell under the spell of a very special mentor—Eleanor Roosevelt,” according to an interview he gave to the Columbia Law School Magazine in 2010. He spent time with the former First Lady, soaking up her views on international human rights and her concern for the poor and disadvantaged. “It was a magical interlude for me and a lesson I have always tried to remember,” said Gardner, who in 1988 wrote an opinion piece published by The New York Times about Roosevelt’s efforts to create the Universal Declaration of Human Rights.

In 1960, Gardner took a leave of absence from teaching at the Law School when he was tapped by the Kennedy administration to serve as deputy assistant secretary of state for international organization affairs. He later became a senior adviser to the U.S. ambassador to the United Nations. In 1963, he received an Arthur S. Flemming Award from The George Washington University for his contributions to U.N. peacekeeping, trade and development, outer space negotiations, and human rights. Gardner was responsible for the first U.S. call for U.N. actions to preserve the human environment and the first U.S. statement condemning Soviet anti-Semitism. (His wife of 52 years, Danielle Luzzatto, came from a family that had lived in Venice for five centuries before fleeing fascist Italy in 1939, along with other Jewish citizens.)

When President Carter appointed Gardner as U.S. ambassador to Italy in 1977, the U.S. was in the midst of the Cold War and Italy was facing enormous tensions between the political right and left. He detailed his experiences in that position in a 2005 memoir, Mission Italy: On the Front Lines of the Cold War, which President Carter called “a dramatic, accurate account of one of the most difficult and successful diplomatic missions in the history of the Cold War.”

In 1993, he was appointed by President Clinton to serve as U.S. ambassador to Spain, a position he held for four years. (Gardner was the fifth Columbian to assume that title, after John Jay, Washington Irving, Carlton J.H. Hayes, and Richard G. Capen.) In 2000, when Hillary Clinton won election to the U.S. Senate and needed a national security adviser, she called Gardner for candidates, accepting his recommendation of a former student: Andrew J. Shapiro ’94.

Between his various government posts, Gardner returned to the Law School, teaching not only his famous seminar, but also other courses on international law, defense policy and arms control, and peace and security.

Gardner also served with fellow former diplomat, Columbia University Professor Michael Doyle, as co-director of the Law School’s Center on Global Governance until his retirement. Since its founding in 2003, the center has run a public speaker series featuring distinguished members of the international policy community as well as the academy. Gardner and Doyle (who served as assistant secretary-general and special adviser to United Nations Secretary-General Kofi Annan from 2001 to 2003) also hosted dozens of conferences addressing issues including transitional justice in the wake of mass atrocity, international crime and terrorism, the regulation of the multinational enterprise and transnational capital, immigration, and human rights.

A prolific writer, Gardner’s publications on international affairs include his Oxford thesis, Sterling Dollar Diplomacy (1956), In Pursuit of World Order (1964); Blueprint for Peace (1966); and The Global Partnership: International Agencies and Economic Development (1968); in addition to his memoir. He also published numerous articles and essays in publications such as Foreign Affairs, The Washington Post and The Wall Street Journal.

Outside the classroom and the diplomatic corps, Gardner also served as senior counsel at Morgan Lewis in New York from 1997 through 2013.

Gardner was preceded in death by his wife, Danielle, who died in 2008. He is survived by their two children: daughter Nina Luzzatto Gardner ’86, director of Strategy International, a consulting firm she founded specializing in corporate social responsibility, sustainability and climate change; and son Anthony “Tony” Luzzatto Gardner ’90, senior counsel at Sidley in London and former U.S. Ambassador to the European Union. Gardner leaves behind three grandchildren, Laurence Olivieri, Nicolas Gardner, and Alejandra Gardner.

"Richard Gardner, Cold War Envoy to an Italy in Strife, Dies at 91"