A philosopher and an intellectual property specialist, Chatterjee joins the faculty as an associate professor of law. 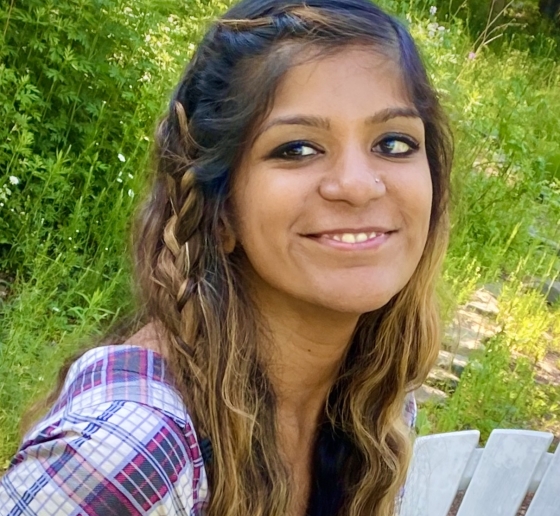 When Mala Chatterjee writes about the theoretical differences in U.S. copyright and patent law, she turns to British philosopher John Locke’s The Two Treatises of Government, published in the late 17th century. She asserts that his influential theory of property—which posits that individuals have a right to the labor of their body and the work of their hands (and which most philosophers today reject as unworkable)—demands reconsideration in the domain of copyright. Exploring authorial rights using this Lockean framework has been central to her work as a legal philosopher. “I am kind of turning the Lockean theory of property on its head,’’ she says.

Chatterjee’s dissertation, The Fruits of Authorship: A Theory of Copyright, is her “attempt to vindicate this intuition that there is something normatively special about our expressive artifacts [e.g., music] as compared to other sorts of artifacts, such as physical property or inventions that are given patents,” she says. “My turning your table into a chair destroys your table, but my turning your novel into a parody doesn’t destroy your novel."

Chatterjee envisions protecting the intellectual commons by structuring “a legal system where we recognize the rights of all authors and expressive creators as long as those rights are not too expansive to inhibit creativity.”

The intellectual property field speaks to Chatterjee’s lifelong enthusiasm for the arts and philosophy. “It was an epic moment when I realized IP was an area that I can philosophize about,” she says. “I’ve always been a very creative person and drawn to creative activities, both in terms of the experience of them and also as a philosophical matter.” Her passions include music (psychedelic, repetitive, shoegazing, droning), film (Taxi Driver is her all-time favorite), and books (meta, postmodern, absurd, and “mind-bending” science fiction).

Collective authorship is another important issue related to artistic creation that Chatterjee addresses. “It’s a mistake to assume that authorship has to be an individual genius working in solitude,” she says, offering a hypothetical: two different communities that have produced pieces of folk music that are “structurally identical” but still “importantly different” by virtue of their being products of two different communities. “I think the conception can be useful for building a broader understanding of different forms of authorship and how the law should think about them.”

Chatterjee, who was born in Arizona, moved around a lot as a child. Her family lived in India, New Jersey, Colorado, and Nevada. The summer she was 12, Chatterjee took a class in logic and critical thinking. “The course was basically an introduction to symbolic logic—reading some Plato, thinking about fallacies and a valid argument versus an invalid one,” she recalls. “I felt like a fish swimming in water.”

As an undergraduate at Stanford University majoring in philosophy and symbolic systems, Chatterjee was certain she wanted to go to law school. “But I was loving philosophy so much and felt I wasn’t done with it,” she says. “So I decided I would apply to the doctorate program in philosophy at NYU as well as its law school, and just see where that would lead me.”

After receiving a J.D., Chatterjee says she was “definitely tempted” to practice law when she worked as a summer associate on IP and litigation matters at Durie Tangri in San Francisco. (She also clerked for Judge Robert D. Sack of the U.S. Court of Appeals for the 2nd Circuit.) But she was more drawn to the “liberated playground space” of academia. “It is really fun to have the privilege of being playful with ideas, getting to explore them in a more unconstrained and extended way, so that’s ultimately the path I chose,” she says.

In the fall, Chatterjee is teaching Torts to 1Ls, and in subsequent semesters, she plans to teach a class in law and philosophy and seminars on IP theory and advanced copyright. “Torts is such a fun introduction to the concept of a legal system as this structured set of rules we’re going to learn and argue with,” she says. “The 1L experience is not just about learning doctrine but also really changes the way you think. I am excited to be one of the first professors that students have and lead them on a transformative experience.”