Katherine Franke: We Must Repair the Intergenerational Damage of Enslavement 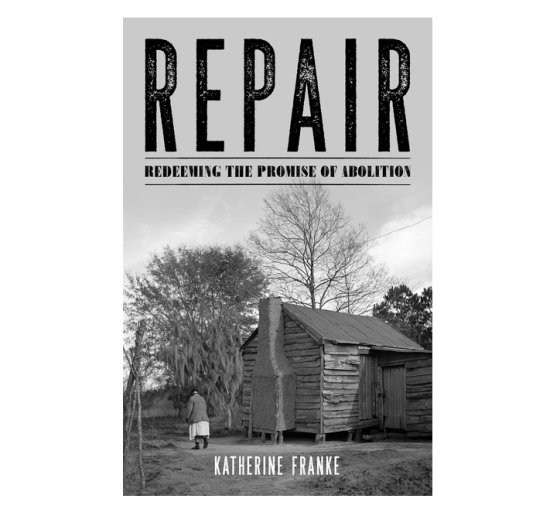 What is the debt of the nation for African-American enslavement—and how could it be settled? In her new book, Repair: Redeeming the Promise of Abolition, Professor Katherine Franke lays out historical roots of reparations in South Carolina and Mississippi, where experiments in land redistribution to formerly enslaved people during and immediately after the Civil War were undertaken explicitly as a form of reparation. Franke, the Sulzbacher Professor of Law, Gender, and Sexuality Studies, argues that “there are things we can do now to heal a national wound left festering for 150 years.”

What is driving the focus on reparations right now?

First, from the White House to statehouses across the country, white supremacists have come out of the closet and are brazenly open about their racist views and their willingness to use violent means to further those views. While racism as a part of public culture is not new in this country, its out-in-the-openness today has made the case—from the right—for connecting structural racism today to its roots in slavery 150 years ago.

Second, we have more people of color—particularly African-Americans—shaping our national political discourse than ever before. These politicians of color, some of whom are running for president, have made reparations for slavery a prominent part of their political campaigns.

When did the idea of reparations begin?

Some of the resistance to reparations comes from a concern that this is a novel or radical idea. In fact, today’s emerging embrace of the moral imperative of granting reparations for slavery renews an unanswered call that dates back to the end of the Civil War. At that time, there was a widely accepted notion that delivering justice to formerly enslaved people must entail something more than emancipation alone. Reparations were understood to be both a remedy for the rape, torture, death, and destruction of millions of human souls, and a recognition that freedom without material resources would lock black people into peasant status for generations. And so it did.

Contemporary calls for reparations are premised on the notion that slavery has an enduring afterlife that pervades American culture, and that we should face, know, and make amends for that past.

How widespread were reparation efforts in the South during and just after the Civil War?

Land-based reparations were promised to freed people in communities across the South at the end of the Civil War. Ambitious programs were undertaken by Union Army military in the Sea Islands of South Carolina and on plantations owned by Jefferson Davis and his brother Joseph in Vicksburg, Mississippi. In 1865, Gen. William Tecumseh Sherman issued Special Field Order No. 15, redistributing roughly 400,000 acres of land to newly freed black families in 40-acre lots.

This ambitious conception of justice did not survive Abraham Lincoln’s assassination. When Andrew Johnson assumed the presidency, he vetoed a congressional bill to formalize allocation of land to newly freed black people. In its stead, Johnson granted amnesty to former Confederate landowners, and land that had been allocated to freed people to begin a new life was seized, often violently, and returned to their former white owners.

This had the intended effect of locking freed people into a permanent underclass status. We see the legacy of this today in, for example, recent data from the Federal Reserve’s Survey of Consumer Finance showing that the typical black family has only 10 cents for every dollar held by the typical white family.

What sort of reparation plans might begin to make up for the past 150 years?

There is a range of views on what form reparations should take today. [U.S. Senator and presidential candidate] Cory Booker is talking about “baby bonds.” [U.S. Senator and presidential candidate] Kamala Harris highlights health care, especially mental health care, and Georgetown University has prioritized educational benefits as reparation for the sale of nearly 300 hundred enslaved laborers in 1838 that saved the university from financial ruin. True repair should take more than one form. Recovering the history of slavery and making it part of our national story is one piece. So is recognizing the ongoing effects of white supremacy, a form of power that rendered black people enslaveable at the time of the nation’s founding and continues to permeate American culture, politics, and the economy.

In Repair, I explore the possibility of land-based forms of reparations today. We can look to reinvestment in black communities through community land trusts, housing cooperatives, and deed-restricted housing—reproducing in modern form the Sherman land grants of the 1860s.

Rather than writing checks to individuals, collective remedies may better address the historical need for structural repair.

In current discussions of reparations, how can proponents get beyond the “I wasn’t alive during slavery time, and neither were you” response?

The vexing questions of who should pay for and who should be the recipients of reparations often get stuck in the cul-de-sac of debates about intergenerational responsibility, intervening causation, exculpatory pleading of white innocence, and complex actuarial calculations. The racist policies that tainted black citizenship with a badge of inferiority did not attach only to people who had been enslaved; it attached to black identity itself. The advantages created by white supremacy benefit not only the descendants of slave owners, but all white people in society. Rather than focusing the discussion on individual culpability or desert, our history justifies a more collective moral reckoning with the lasting manifestations of slavery.