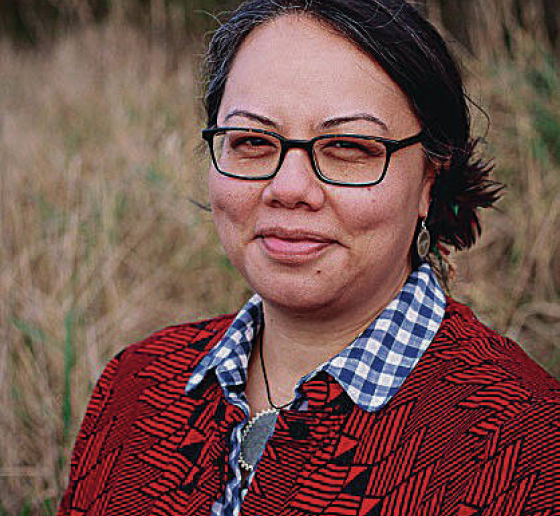 Native Hawaiian Legal Corporation (NHLC) is the only law firm in the world dedicated to Native Hawaiian rights. We are a nonprofit with a small but mighty team of 12 people.

NHLC’s mission is to protect and advance Native Hawaiian identity and culture. We receive requests for help daily, and our commitment is that every person seeking help on a Native Hawaiian rights issue can speak to an attorney so long as we don’t have a conflict. Our work runs the gamut from civil legal aid services that we provide at scale to multiyear impact litigation and appellate work.

You’re an intellectual property lawyer specializing in trademarks and spent eight years at Microsoft. How did you get from there to the NHLC?

I’ve had a passion for tech and for native rights for a long time, and Iʻve been active in both areas since law school. At Columbia Law, I was kind of odd. I was a native student who cared about native justice, but my degree was in math and computer science, I had IBM on my resume, and I was very much enamored with technology and its potential to make the world better. I took the IP classes, the digital lawyering clinic, and I was an editor for the Science and Technology Law Review. And I took the Indian law course, I was the president of Columbia’s Native American Law Student Association chapter, I participated in the native law moot court competition, and I clerked with a representative to the UN Permanent Forum on Indigenous Issues.

After graduation, I spent more than 11 years practicing in IP and tech. I eventually ran the trademark team managing all of Microsoft’s trademark assets globally and served as chief of staff to the general counsel there. I learned a ton and developed problem-solving, management, and legal leadership skills that apply to any legal organization.

On that journey, I never left native issues behind. I continued to work on native justice issues as a leader in the National Native American Bar. There are fewer than two dozen indigenous IP practitioners that I’m aware of in the country. I was called and consulted pro bono on indigenous IP issues numerous times. And in recent years I was able to begin the study of traditional Hawaiian dispute resolution called hoʻoponopono to develop a cultural practice that connected to my identity as a lawyer. Now, at NHLC I have the opportunity for the first time to center my work on native issues. It’s a great gift.

I loved this organization for years before coming here, because it’s a steadfast, righteous voice for Native Hawaiian justice. We’re not the only lawyers advocating on behalf of the Native Hawaiian community, thank goodness. But we are the only institution that has 48 years of doing it full time. We’re now on the third generation of practitioners at NHLC with a fourth generation trickling in as student volunteers. That is special. Many American practitioners probably take that kind of longevity for granted, because how many American law firms can also say they have 48 years or more of continuous practice? Many. But in the indigenous world, no.

Also, I get to run a law firm! That means I get to learn every single day. This role gives me a chance to understand how all the parts and systems within a legal organization and nonprofit connect and operate, because I’m responsible for making sure it’s all working. It’s hard to get that span of responsibility in larger organizations. And I love using it to make practicing law more inclusive. The firm is majority women, majority indigenous, and majority working parents. These communities are known to struggle with underrepresentation and sustainable careers in the legal profession.

Are there misperceptions about indigenous peoples’ law that you would like to get rid of?

Native American rights, and what we advocate for in the law, are tied almost entirely to human rights. Self-determination, sovereignty, protection from assimilation, cultural protection, all are grounded in human rights concepts. Check out the United Nations Declaration on the Rights of Indigenous People. The U.S. is a signatory, but we have a long way to go in implementing this instrument in U.S. law.

How do Native Hawaiian legal issues relate to those of other historically disenfranchised groups?

As part of the AANHPI community, we have deep historical and kinship ties on shared concerns, including issues of racism, ethnic prejudice, and inclusion. At the same time, Native Hawaiians are indigenous peoples of U.S. territory, and we have a “special” trust relationship with the U.S. government, developed following U.S. colonization of Hawaiʻi and rooted in Hawaiians’ inherent sovereignty—a status which the Hawaiian people retain today with ongoing discussions about self-governance. This relationship often aligns Native Hawaiian legal, policy, and justice work with that of the other indigenous people in the country, American Indians and Alaska Natives.

What are your goals for NHLC?

It’s important that we sustain the organization, and that we enable it to evolve and grow to achieve the mission. Built into “sustain” is successful development and community engagement to earn the trust needed for our work. “Evolve and grow” means engaging on the most important legal issues concerning Hawaiian identity and culture.

Historically we’ve been very focused with the Hawaiian community on housing and land ownership, land and water management, and rights to cultural practice. Looking ahead, justice, equity, and health for our community are going to require more advocacy in numerous areas.  There’s essentially nothing in IP law right now to address traditional knowledge and cultural property. We need criminal justice reform—Hawaiians are about 20% of the population in Hawaii yet about 40% of the people incarcerated. We need to protect Hawaiian families: Native Hawaiian children are overrepresented among children removed from their homes by social services, and more advocacy is needed to protect their connections to their ʻohana, the lāhui, and the ʻāina—family, native Hawaiian identity, and the land. These are just some examples where much more law and policy work is needed.

Raised In: Buckeye, Arizona
Current City: Honolulu
Prior Experience: Chief of Staff for the General Counsel and Assistant General Counsel, Microsoft Corp.; Senior Attorney, Head of Trademarks, Microsoft Corp.; Associate, Perkins Coie.
Outside the Office: Snorkeling; maintaining her ranking as a top Tetris player in Hawaii; raising her daughter, Alika, 13, with her husband, Alex. Alika was born during her mother’s second year at Columbia Law—something Naholowa’a planned after realizing the potential difficulties of navigating maternity leave as an early-career lawyer. “I felt that maybe [law school] isn’t the easiest time, but there’s a good chance it is the best time. I was probably right in that moment, but I hope things have changed.”
Advice for Law Students: “Don’t waste the opportunity to create friendships. That’s the most important thing. There was too much focus in law school on proving you were the smartest. Like we hadn’t already spent 20 years doing that before. Study hard, but donʻt flex on each other. Be kind, curious, inclusive, and make connection a priority.”