How I Got Here: Chanler Langham ’04

Chanler Langham ’04 is a Houston-based trial lawyer handling complex commercial litigation. He is a partner at the litigation boutique firm Susman Godfrey. 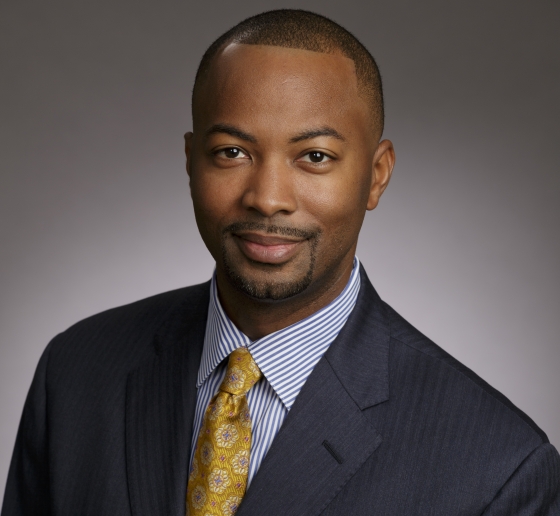 Exactly what do you do?

I make it simple and easy for jurors and judges to understand complex business matters. And I usually do so while representing the David in the “David versus Goliath” scenario.

You mean you make it easy for them to understand why your client’s argument is the correct one.

That is exactly right.

I love that I am constantly learning about different subjects and representing all types of businesses and people. I have construction, oil and gas, antitrust, and breach of contract cases. My specialty is winning cases no matter what the subject matter is. What you need to win at trial is standard across the board. If you have a clear and compelling approach that you can present to the judge in briefing or to the jury in a trial—the subject matter really doesn’t matter that much.

What skills do you have that make you good at your job?

Being flexible and possessing a diverse skill set.

When it came to the Automotive Parts Antitrust Litigation, knowing Japanese was very helpful. Deposing a bunch of senior-level Japanese executives was great because I could ask them questions from the original Japanese document.  Asking questions that are simple and direct—and also telling a story while you’re asking the questions–is really the talent that I’m able to harness in trial.

What experiences do you think prepared you best for your job?

After graduating from college, I taught English in Japan. When your language capacity is limited, you have to find ways to simplify what it is that you’re going to say. You also have to find a way to connect with people who may be different from you. The skills I drew on in Japan still help me connect while talking to juries.

Working at Susman Godfrey has helped immensely because, gosh, in my first two or three years, I probably took 200 depos. Taking depositions is great preparation to be a good trial lawyer.

I like digging down deep into facts. I enjoy figuring out the right answer. Because the truth is ultimately what matters. You really have to know what happened before you can form a story around it that people will understand.

I also like the interaction you get to have with people when you’re asking them questions. And I love being able to show them that I know something about what they do but not pretend that I know more than they do. So, in depositions, it’s like we’re friends. I don’t have to be antagonistic. I just get the answers that I want because I show them respect.

Did you always want to be a lawyer?

Not really. I wanted to be a doctor like my dad. I saw one surgery and almost passed out. So I changed my college major from pre-med to International Affairs and Japanese. I did an international exchange program in high school, and I had Japanese friends and wanted to learn Japanese. So I did.

Did you have mentors?

I have to give respect to my father. He pushed me a great deal. He has always said if there are people who are outperforming you, it’s not because you don’t know how to do it, it’s because you’re not doing something that they are doing. So just find out what that is and make it your own.

I clerked for Judge Vanessa D. Gilmore [of the U.S. District Court for the Southern District of Texas] out of law school. She has served as a source of strength, support, and encouragement throughout my years as an attorney. In fact, she is the one who encouraged me to interview with Susman Godfrey.

I also have to add the great professors at Columbia Law School, in particular, Henry Monaghan for Federal Courts. The faculty were really great at their job and instilled in me a passion for the law.

It is because of my mentors that being a mentor is important to me. I do a lot of work with kids because even in Houston, Black kids don’t often get an opportunity to see a Black professional doing what we do. Trying to serve as a role model for them is important because hopefully it will inspire them to do more as well.

What is the hardest part of your job and how do you handle it?

The hardest part of my job is not winning. I had a very large trial, and it was one of my first—I was an associate at the time. The jury came back with an $85 million verdict against us. That was a hard, hard, hard day. You think to yourself, “What could I have done better? What could I have done differently?” Second-guessing yourself is one of the hard parts of our job. Learning from the experience and figuring out how you can overcome it is just part of being a trial lawyer. We ended up getting that case reversed on appeal. But those years of waiting to see if you’d be successful after having $85 million against you are tough, tough days.

Learn how to take a legal exam. At Columbia Law, my lowest grade came in Contracts. It was my very first exam. It was so daunting that I just didn’t know what to do. I don’t have any lawyers in my family. I didn’t know what to expect. I thought that law school learning was the same as college learning—which it is not! I took a legal exam writing course, and it helped a great deal. Now, most of my cases are contract cases. And I think I’m pretty darn good at it.

The Brief on Chanler Langham ’04

Hometown: Fort Worth, Texas
Current city: Houston
Prior experience: Clerkship with Judge Vanessa D. Gilmore in the U.S. District Court for the Southern District of Texas
Outside the office: Married to Juni, a health care administrator, and dad to Ashton, aka “Ace,” age 4
Honors:
President’s Award by the Houston Bar Association (2020)
Recognized for Outstanding Antitrust Litigation Achievement in Private Law Practice by the American Antitrust Institute (2019)
Benchmark Litigation’s Under 40 Hot List
“The Most Influential Black Lawyers,” Savoy Magazine (2018)
Advice for law students: “Go clerk. Even if you’re going to do transactional law, the perspective will be very rewarding because you get to see all types of lawyers and learn how a judge thinks. Later, if you’re putting together a contract or a deal, you’ll have the conflicts and disputes in mind. And when you’re litigating, you’ll know how the disputes are viewed by the judge, so you can lean toward that type of resolution.”