How ‘Bigness’ Is Failing America: Q & A with Tim Wu

In his new book, the acclaimed author of ‘The Master Switch: The Rise and Fall of Information Empires,’ explains why a return to trust-busting is essential for American democracy. 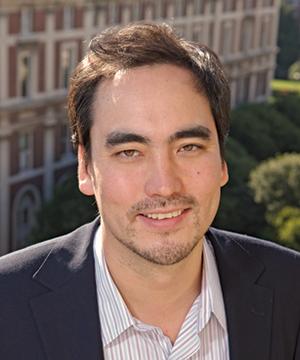 Columbia Law Professor Tim Wu, author of acclaimed books including The Master Switch: The Rise and Fall of Information Empires, and The Attention Merchants: The Epic Scramble to Get Inside Our Heads, has pulled off an incredible feat—he’s written a short, compelling book on antitrust. PW recently caught up with the author to talk about The Curse of Bigness: Antitrust in the New Gilded Age (Columbia Global Reports), and why a return to trust busting is essential for American democracy.

Q: Before I get to the book, I have to start with the most obvious question for publishers—the 2013 price-fixing case involving Apple and a group of major publishers. Covering this as a reporter, I got the sense that this was just too blatant a case for the government to ignore. Is that about right?

WU: Basically, yes. I’m an antitrust enforcement guy. And I don’t think you can tolerate price fixing, even for a good reason, because every industry believes it has its own good reasons for price fixing. I get that the Apple case was about authors, and e-books, and a certain problem. But the most straightforward thing about antitrust is that you cannot allow companies to get together and fix prices. If you don’t do that kind of case, I don’t know what you do.

In The Curse of Bigness you write that the tech sector is ripe for antitrust action—something publisher and author groups would certainly agree with. Can you briefly explain why?

This gets a little bit complicated, because America’s economic vibrancy for the last hundred years has a lot to do with its tech industries. But to keep that going requires that you control the power of the monopolists every few decades. Because what happens in tech is that one big company grows to control a lot of stuff, and if it’s allowed to stay there for too long, it slows down the sector. So, we’re kind of due—the last time we did something like that was Microsoft in the ‘90s. But I also think that companies like Google and Facebook have come to hold too much power. There’s a growing sense that they have too much control over information, news, advertising, even who we are and what’s going on. I’m actually most concerned that we’ll cut some kind of deal that effectively nationalizes or weakly regulates Facebook. and that that deal will endure for a long time. That’s the trajectory we’re on, and I would resist that.

How did we go from antitrust enforcement once being so vital in America to all but disappearing in the 2000s?

After the experience of World War II, with Nazi Germany, and Japan, and Spain, there was a widely held belief that a reasonable functioning democracy had to control corporate power. We have strong antitrust laws to control concentration, and we used them. But in the 1960s, there began this effort to portray antitrust law as out of control and government intrusion as illegitimate. And it was successful. By the George W. Bush administration, antitrust action was basically down to zero. It was almost if Section II [of the Sherman Act], the antimonopoly law, was repealed in favor of this sort of hard right ideology which viewed the market as constitutionally superior to Congress, to the people, even to the president.

You write about Robert Bork, and his role in making that shift happen. How did Bork help that philosophy take root?

Bork’s a fascinating figure. What he did in the ‘60s was to tie the backlash against the establishment—you had the Civil Rights movement, race riots, hippies—to antitrust. So you had this strange coalition of right wing economists and right wing social conservatives, who thought that judges were out of control and needed to be shut down, and not just in terms of Affirmative Action or equal rights, but even in terms of antitrust. Over the next 40 years, government actions became almost taboo, when this was how the law had been enforced for more than fifty years.

On the other side of the debate, you write about the great Supreme Court justice Louis Brandeis. Talk a little about the “Brandeisian” view of antitrust?

This is actually why I wrote this book—because I feel like Brandeis and his vision have in some Orwellian way been rubbed out. A huge goal of this book is to try to bring his ideas back into focus. Brandeis was Woodrow Wilson’s number one guy for economic policy, and he spent a lot of time thinking about what the economy was for. He was less limited than we are today by ideas about government or business, and was really focused on what makes for a good life—that people needed jobs, for example. And by that I mean, steady work, not come-and-go jobs, but secure work where you have some kind of control over your destiny. He thought the happiest people were those with stable, small businesses. He believed that if people became serfs, or passive actors in large corporations who had to work all the time, that’s not what makes for a good, Republican form of government.

Roosevelt realized that when people are economically unhappy or mistreated they turn to more radical solutions.

The book makes clear the historic link between monopoly and fascism—a timely message given what’s going on in the world today. Explain that correlation?

I think it starts with Theodore Roosevelt, who had very acute democratic instincts. Roosevelt realized that when people are economically unhappy or mistreated they turn to more radical solutions. And he recognized that this enormous gap between the giant monopolists of his day and their workers was bound to lead somewhere bad unless government did something to prove it was in control.

Other countries didn’t do this, especially Germany. Ahead of World War II, German corporations had felt disadvantaged against British and American competitors, and the darkest part of German history comes when the German monopolists start to think this Hitler guy might be good them. But the rise of a figure like that doesn’t happen unless you’ve allowed corporations to centralize. It doesn’t happen in a nation of small businesses that’s even moderately decentralized.

I think this is actually something to watch out for in our times. A country like China is a good example. China looks to have some of the features of 20th century authoritarian governments. And the scary question is whether we get caught up in this. Mark Zuckerberg recently said that if we break up or weaken Facebook, some Chinese company will just step in take over. So, now we have to support our monopolies? Once you’ve engaged in this sort of conversation, you’re heading in a very dangerous direction.

You write about Teddy Roosevelt calling J.P. Morgan to the Oval Office and taking him on. Do you think there is any chance that Donald Trump does the same to Mark Zuckerberg?

Trump is complicated. Trump scares me. I think his administration might actually try to break up Facebook, but only because he believes it is a sort of rival power. And I think it’s possible he could try to bring companies like Facebook to heel. And if they are willing to make a deal, if they are willing to come to heel, that could lead in some terrifying directions.

You argue compellingly in this book that monopolists fundamentally subvert democracy, and that antitrust action is a powerful, necessary check. Do you think that’s a message that might resonate with Americans today?

Yeah, I think people have become aware of the fact that the political process in the United States does not reflect what the majority wants. Just look at the issues: the majority wants gun control, campaign finance control, the majority supports immigration. The majority probably wants a tax cut for the middle class, not for large corporations. But the outcomes are almost never what the majority wants. So you have to ask, what’s going on here? And one of the most obvious things is that the more concentrated industry is, the easier it is for them to have political influence. Look at mobile phone carriers, or the pharmaceutical industry. They are very organized. The middle class is not organized. And these big companies see that throwing millions of dollars to candidates is a great investment. I think it is an existential threat to American democracy.

On November 13, Professor Wu will deliver a short talk, followed by an audience Q&A.  RSVP is required. The talk also will be live streamed from Columbia Law’s Facebook page.