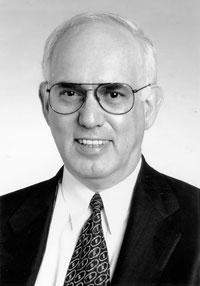 Judge Robert D. Sack, LL.B ’63, of the United States Court of Appeals for the Second Circuit, will deliver the keynote address during Columbia Law School’s 146th graduation ceremony on Thursday, May 17, at 2 p.m., on the South Lawn of the Columbia University campus.

Sack, a frequent writer on the First Amendment, most recently he wrote the dissent in a case requiring two New York Times reporters to turn over their notes on Islamic charities. Judge Sack disagreed that the government met the standards of "necessity" and "exhaustion" required to overcome any privilege that might exist.

A native of Philadelphia, Judge Sack began his legal career as clerk to Judge Arthur Lane of the United States District Court for the District of New Jersey. Judge Sack joined Patterson, Belknap & Webb in 1964 and later became partner. In 1974, he served as Associate Special Counsel and Senior Associate Special Counsel for the House Judiciary Committee’s impeachment inquiry. At the time of his appointment to the Second Circuit in 1998, he was a partner in the New York office of Gibson, Dunn & Crutcher. A trusted adviser, he is a member of the Board of Visitors of Columbia Law School.

Highlights of the ceremony will include presentation of the Willis L.M. Reese Prize for Excellence in Teaching to Professor Carol Sanger, an expert in Family Law. The Reese Prize has been given annually since 1993 to a teacher nominated and selected by students. It is the second time her pedagogical skills have been acknowledged at Columbia. In 2001, she received the distinguished Columbia University Presidential Teaching Prize. 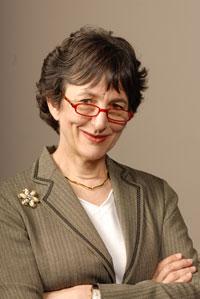 Prof. Sanger teaches Contracts to first-year students, jumpstarting what many newcomers to the study of law think will be dry and uninteresting. She draws upon their own experiences negotiating, entering into and breaching agreements or contracts, and introduces less traditional cases, such as the 1980s Baby M surrogacy case, to test the limits of the kinds of contracts the law will allow.

One of the most respected legal minds in the dynamic field of family law, Sanger also teaches courses in family law, as well as law and gender. More than 100 students take her class each semester examining the policies behind divorce, property rights, child custody and same-sex issues.

For those who are unable to attend Graduation in person, the ceremony will be web cast live at http://www.law.columbia.edu. Viewers will require RealPlayer, free software that can be downloaded for Macs here and for PC here