In a Q&A with the Columbia News team, the constitutional law scholar addresses cases to watch and how Justice Gorsuch might change the court.

This content was originally published by Columbia University in a Sept. 28 piece written by Georgette Jansen. It has been lightly edited for style.

The U.S. Supreme Court begins its new term on Monday (Oct. 2) with a full complement of nine justices following the appointment last spring of Neil Gorsuch (CC’88). What might have been its most high-profile case, a challenge to President Trump’s travel ban, was put on hold after he announced a revised ban. But other important cases remain on the docket. 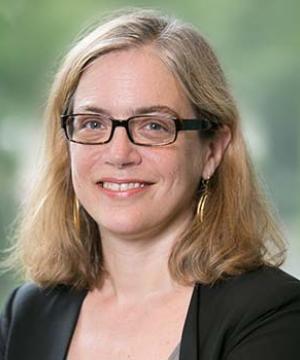 “It’s shaping up to be a big case term,” said Gillian Metzger ’96, the Stanley H. Fuld Professor of Law and faculty director of the Center for Constitutional Governance at Columbia Law School. An expert in constitutional law and the federal courts, Metzger served as a law clerk to Justice Ruth Bader Ginsburg ’59 in 1997 and 1998.

Q. What can you say about the case involving the Trump travel ban?

A. Obviously, the challenge to Trump’s travel ban, Trump v. Hawaii and Trump v. International Refugee Assistance Project, would be a huge case. It was scheduled for arguments Oct. 10. But the Court canceled that hearing and asked lawyers in the case for new briefs when the Trump administration reworked the ban to include more countries and making it indefinite. This may result in the challenge being dismissed as moot or sent back to lower courts for further consideration. There also could be new challenges to the revised ban, but those would be heard first in the lower courts.

Q. What other important cases are now before the Supreme Court?

A. Masterpiece Cakeshop v. Colorado Civil Rights Commission was brought by a baker who refused to make a cake for a same-sex wedding on the grounds that same-sex marriage is at odds with his religious beliefs. He was found to have violated Colorado’s public accommodations law, but argues that compelling him to make cakes for same-sex weddings violates the free speech and free exercise clauses of the First Amendment.

Gill v. Whitford addresses whether a redistricting plan in Wisconsin is partisan gerrymandering and violates the First and 14th Amendments. Carpenter v. U.S. will decide whether a warrantless seizure and search of a cell phone is permitted by the Fourth Amendment.

Q. Is there a particular case you will be following closely, something you consider a bellwether for future decisions?

A. Masterpiece Cakeshop could be very important for the scope of free exercise rights. A central question is whether the Roberts Court will continue to carve out exemptions from general public-accommodation statutes for businesses claiming a right to discriminate or to withhold services or benefits on grounds of religion. The Court was sympathetic to such claims in Hobby Lobby v. Burwell, involving the mandate for contraception coverage under the Affordable Care Act. But its decision in that case rested on a federal statute that doesn’t apply in the Masterpiece Cakeshop case and the Hobby Lobby dissenters emphasized the danger to protections against discrimination under civil rights legislation. The case also is interesting from the perspective of protections against sexual-orientation discrimination. The Court’s decision in Obergefell v. Hodges, which held that states cannot constitutionally ban same-sex marriage, is very much in the background here.

If the Court sides with the Colorado baker, concerns over the possible implications of the case may lead the Court to decide it narrowly, perhaps simply holding that wedding-cake making—as opposed to other business services—is particularly expressive and thus application of the public accommodation statute here represents unconstitutional compelled speech.

Q. How does Neil Gorsuch change the Court?

A. Gorsuch seems fairly close to the views of Justice Antonin Scalia, whom he replaced, on many substantive issues and in analytic approach, though overall he is likely to be a more conservative vote. How much he tilts the Roberts Court more to the right depends on what happens with the other justices—in particular, whether anyone from the Court’s liberal bloc or 81-year-old Anthony Kennedy steps down during this term or in the near future. If Trump can appoint the replacement and the Senate is still in Republican hands, chances are high that the new justice would tilt the Court much further to the right. In that scenario, however, Chief Justice Roberts might emerge as a mediating force. He has demonstrated strong concern with the institutional stature of the Court, and I think he would worry if the Court became heavily identified with the agenda of one political party. He may resist efforts to repeal important precedents, as opposed to limiting their import for future cases.

Q. Can the current Court, with its clear conservative majority, overturn previous decisions on the Affordable Care Act, same-sex marriage or abortion rights?

A. The Court has the power to overturn decisions and change doctrine, but it does take stare decisis, the principle of adhering to precedent, seriously. More importantly, I don't see the votes there yet. For the Affordable Care Act, Chief Justice Roberts was the swing vote, not Justice Scalia. On same-sex marriage and reproductive rights, Scalia was in dissent, which is where I’d expect Justice Gorsuch to be. Given the interest in and reliance on these decisions and the destabilizing effects of reversal—including potentially unmarrying couples—as well as the broad public support these rights enjoy, I don't expect the Court to rush to overrule them.