Lester, an Expert in Employment Law and Policy, Is the Law School's 15th Dean
New York, January 1, 2015—Gillian Lester, a nationally recognized authority in employment law and policy, joins Columbia Law School Jan. 1 as Dean and the Lucy G. Moses Professor of Law. Her appointment to the role was first announced by Columbia University President Lee C. Bollinger ’71 in April 2014.
Dean Lester served most recently as Acting Dean of the University of California, Berkeley, School of Law, where she was the Alexander F. and May T. Morrison Professor of Law and the Werner and Mimi Wolfen Research Professor. 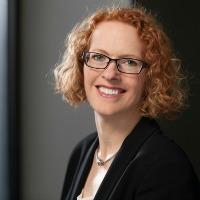 “Gillian Lester is a highly accomplished and admired scholar, and she brings first-hand academic leadership experience to her new role,” said Bollinger, a member of the Law School faculty. “I am confident that Dean Lester will help Columbia Law School flourish at a time of great challenge and opportunity in the field of legal education.”
Dean Lester’s research has explored workplace intellectual property law, public finance policy, and the design of social insurance laws and regulations.  She is the author of numerous books and articles and is co-author of one of the leading casebooks on employment law, Employment Law Cases and Materials. She is also a member of the American Law Institute and was an adviser to the ALI Restatement of Employment Law.
Dean Lester—the Law School’s 15th dean—said she intends to focus on four key areas: global preeminence, curricular leadership, strengthening the bonds of the community, and maintaining robust alumni relations and fundraising programs.
“This is a thrilling time to lead Columbia Law School. This world-class institution has a brilliant faculty, spectacular students, and a vibrant intellectual community set in the greatest city in the world—and the center of the legal universe,” Dean Lester said. “Columbia Law School has a powerful heritage and is poised to pursue bold new ideas as it helps shape the future of the legal profession.”
Already a familiar face around campus, Dean Lester has met with students, faculty, staff, and alumni in both formal and informal settings. In June, she attended a gala dinner in D.C. at the U.S. Supreme Court, where she had a private discussion with Justice Ruth Bader Ginsburg ’59. In September, Dean Lester spoke at the 1L dinner, where she described the “fantastic journey” on which students would soon embark and asked for their help in building a culture of engagement and community.
“If we succeed here together, you will not only be trained to be the best lawyers in the nation—you will be the leaders of the next generation,” she told the students. “The brave, cosmopolitan, and humane leaders of the next generation.”
Dean Lester began her teaching career in 1994 at UCLA School of Law, becoming a full professor in 1999. She joined the Berkeley Law faculty in 2006. In addition to her professorships, she has served as co-director of the Berkeley Center for Health, Economic and Family Security and as associate dean for the J.D. program and curricular planning.
Dean Lester has held external appointments as the Sidley Austin Visiting Professor at Harvard Law School, Sloan Fellow and Visiting Professor at Georgetown University Law Center, and held short-term visiting appointments at USC Gould School of Law, University of Chicago Law School, and Radzyner School of Law Interdisciplinary Center in Herzliya, Israel.
Dean Lester holds degrees from Stanford Law School and the University of Toronto Faculty of Law, where she served as Editor-in-Chief of the law review. Her undergraduate degree is from the University of British Columbia.
She succeeds David M. Schizer, Dean Emeritus and the Harvey R. Miller Professor of Law and Economics, who served a 10-year term that ended on June 30. Columbia Law School Professor Robert E. Scott, the Alfred McCormack Professor of Law, served as interim dean from July 1 to December 31.