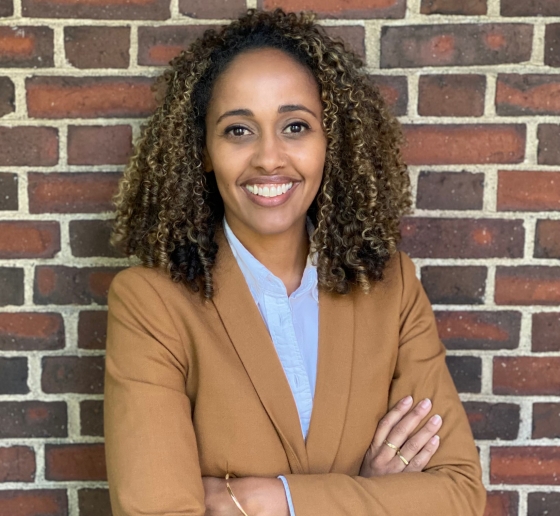 Alexis Hoag is a Columbia Law School lecturer in law and the inaugural practitioner in residence at the Eric H. Holder Jr. Initiative for Civil and Political Rights. She co-teaches Abolition: A Social Justice Practicum and leads a course and fieldwork in Capital Post-Conviction Defense. Prior to coming to Columbia, she served as senior counsel at the NAACP Legal Defense and Educational Fund, where she represented clients in a federal class action seeking systemic reform of the New York City Police Department’s discriminatory practices against Black and Latinx public housing residents and guests. She also worked as a federal public defender and clerked for Judge John T. Nixon of the U.S. District Court for the Middle District of Tennessee. After weeks of nationwide protests against police brutality, Hoag spoke about the state of policing in America and the path forward.

Protests spread across the country after the death of George Floyd at the hands of Minneapolis police. How would you characterize the response of police forces to the protests? Videos from cities across the country have shown police using pepper spray, tear gas, clubs, and “kettling” tactics against protestors.

I don’t question the validity of those videos, and they do show a really alarming trend. It’s ironic because the very people protesting police violence and misconduct are being met with police violence and misconduct. It speaks to the culture of policing: Officers increasingly see themselves as at war with communities as opposed to being public service providers whose primary duty is to keep us safe.

What we’ve seen in the last 25 years is the increase in militarization of the police. Beginning in the late 1990s through about 2014, the Department of Defense transferred over $4 billion worth of military equipment to local law enforcement agencies. SWAT teams initially were designed to be special responders to emergency situations. Now they’re routinely used for drug searches and to execute search warrants. That escalates things. Breonna Taylor’s murder was the result of a no-knock warrant. The idea of de-escalation is thrown out the window when the police are armed to the teeth. Research shows that SWAT teams are much more likely to be used in Black neighborhoods.

Should we #DismantlePolice: “Clearly, the way the police operate in this country is not sustainable. It has proved lethal to African Americans...It has to do w/ the culture of policing that sees Black people as inherently criminal.” @BBCWorld @ColumbiaLaw pic.twitter.com/7Gxj5CpH5U

Nearly 1,000 people are shot and killed by police every year, and they are disproportionately Black. That number hasnʼt changed in the six years since the death of Michael Brown in Ferguson, Missouri. What does that say about police reform we think we might already have achieved?

Those numbers reveal that the underlying problems have not been addressed. There was a wave of reform of police departments starting to implement training on how not to exercise bias when encountering individuals. The amount of money and time spent on that and de-escalation efforts is dwarfed by the amount of money and time spent on other training activities. That’s not the correct solution for the problem that we have. The solutions proposed by the #8toAbolition campaign include decreasing the funding that goes to police, demilitarizing the way police operate in communities, removing police from schools, releasing people from prison and jail, repealing laws that criminalize sex work and homelessness, and investing in community self-governance.

There was a time when we were all talking about the benefits of community policing and having law enforcement officials actually come from the communities where they police. Today we have police swoop into communities they do not live in. They see themselves literally at war with individuals and communities. We see the harmful way that has played out, particularly during these demonstrations, where police are again armed to the teeth and engaged in escalating violent tactics against, in many instances, peaceful protestors.

Is police reform best addressed at the federal level or locally? Cities have started to announce policy changes on, for instance, the use of chokeholds. Congressional Democrats have introduced legislation aimed at reducing the use of force and increasing accountability.

The federal government can help victims of police misconduct by dismantling qualified immunity. Qualified immunity shields officers from liability for damages when the police violate someone’s constitutional rights. It’s a major hurdle for plaintiffs in civil lawsuits. We can get rid of it. Judges created it almost 40 years ago in 1982 [in the Harlow v. Fitzgerald Supreme Court decision]. It is not set in stone.

There is an existing law that could be used by the Department of Justice to seek remedies for people who have experienced police misconduct. The Police Misconduct Provision makes it unlawful for state or local law enforcement to engage in a pattern or practice of conduct that violates a person’s constitutional rights. It doesn’t require a discriminatory motive. The problem is, the statute is not a private right of action. It’s something the Department of Justice must file on your behalf. So its use depends on who the attorney general is and the agenda of the administration. It’s being grossly underutilized by the current administration.

The Minneapolis City Council has vowed to get rid of its police department, and there are nationwide calls to “defund the police” and “abolish the police.” What does that really mean?

“Defund the police” is primarily about de-investment and reinvestment: diverting money away from police departments and redistributing it to communities disproportionately affected by poverty and lack of infrastructure.

The trend since the 1970s has been to decrease the funding in mental health care services, decrease funding for education, decrease funding for social service providers, and then rely on the police to provide all of these functions. We put police officers in the schools to discipline children as young as preschoolers. So much of policing happens in response to people who are in crisis—whether a mental health crisis or [a crisis resulting from a lack of] basic needs—and then these aggressive tactics occur.

The “defund police” movement isn’t about, “Tomorrow, let’s defund and dismantle every department instantly.” It’s more a gradual process of reallocating resources strategically, away from police and toward community-based models that can provide safety, support, and prevention of crime. We should be leaning hard on non-police solutions to social problems: creating affordable housing, providing health care, and having living-wage employment opportunities. Those are actually all safety issues.

“[Defunding police] is more a gradual process of reallocating resources strategically, away from police and toward community-based models that can provide safety, support, and prevention of crime.”

You’ve said that white people equate Black skin with a threat. Can meaningful police reform occur if that depth of racial prejudice is still prevalent?

This country equates Black with dangerousness. This country needs to have a collective awakening to this fact and to recognize it is a remnant of slavery. Other countries, like South Africa and Germany, have gone through reconciliation. It’s not complete, it’s not perfect, but I would argue that those countries have done a better job of examining and acknowledging their histories of identity-based discrimination—anti-Black, anti-Semitic—that we just haven’t. This is hard work that needs to happen in all of these communities and states. It’s not just police, it’s the collective awareness of this country where that change needs to occur.

But—to bring it back to our Columbia Law students—when I started law school 15 years ago, the idea to defund the police or abolish the police wasn’t part of the conversation. The fact that our students are coming to law school already with these ideas and concepts is encouraging, because Columbia Law students are going to be in positions of power very shortly after they graduate from law school. They’re the ones who will work on these efforts at state and federal levels. The fact that they are starting Law School with these preexisting ideas already is exciting and gives me hope about where our nation can go in the future.

Policing in the US started one of two ways: slave patrols in the South & private agencies to check laborers in the North. Policing has ALWAYS been about monitoring Black bodies and the poor rather than addressing crime. Before we talk reform, we must know this history.

| Columbia News
In The Media