The Justice Department’s approach to a criminal referral from the committee would certainly begin with issues of fact and law, but it would not end with them, the criminal justice professor says. 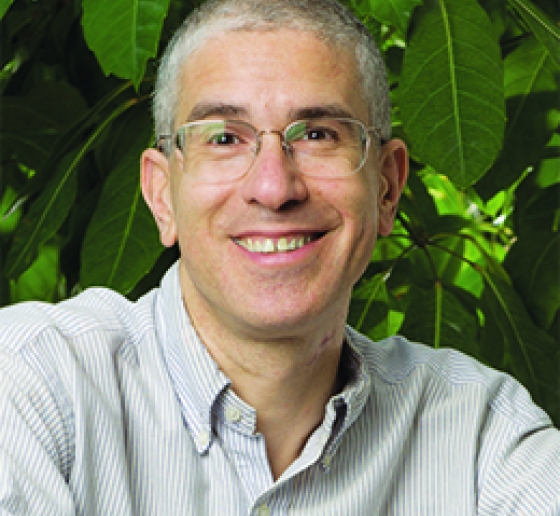 Daniel Richman is Paul J. Kellner Professor of Law and a former federal prosecutor in the U.S. Attorney’s Office for the Southern District of New York. He teaches and writes about criminal adjudication; federal criminal law; sentencing; and cybersecurity, data privacy, and surveillance law.

If the January 6 House select committee makes a criminal referral to the Justice Department, possible charges against former President Donald Trump could include obstruction of Congress, seditious conspiracy, and conspiracy to defraud the United States. Which of these charges, if any, does the evidence presented so far best support?

Because streamlined cases are usually the most effective, criminal prosecutions generally disappoint those who look for a full accounting of a defendant’s misdeeds. That said, the goals of accountability and case strength can be best served by charges that capture the defendant’s criminal goal and that show the relationships among the various means by which he sought to attain it.

Testimony before the January 6 committee, as well as revelations in the media, point to a broad-based criminal attack on the electoral process. The scheme amounted to a massive fraud on the nation and, for criminal law purposes, a conspiracy to defraud the United States, chargeable under 18 USC § 371. The means by which the scheme was pursued entailed the obstruction of legislative proceedings, chargeable under 18 USC § 1505 and § 1512.

This set of charges would capture a scheme in which emerging facts suggest Trump played a pivotal role, and charges along these lines can be fairly contemplated against a number of people around Trump and against those with whom those insiders were in contact. When the factual picture gets filled in, that group might well include Trump himself. Pursuing this approach would also have the advantage of avoiding harder legal and factual questions about whether he “incited” the violent attack on the Capitol.

[Former White House aide] Cassidy Hutchinson’s powerful testimony suggested the possibility of a seditious conspiracy case against Trump—that he knew the mob he addressed was armed, and that he knowingly encouraged and even wanted to join its move on the Capitol. But narrowing the focus to this point raises tough First Amendment questions. And it misses the larger fact that even an unarmed massing of disorderly protesters at the Capitol would have been a means of accomplishing this criminal scheme. From this latter perspective, Trump’s apparent knowledge that the protesters had weapons becomes damning but not critical evidence.

What do the hearings need to show to justify a criminal referral to the Justice Department?

Outside the context of contempt of Congress, committee referrals have a legal status no different from complaints by a private citizen. I would hope and expect, however, that the committee would look toward the “probable cause” standard that prosecutors would have to satisfy in the grand jury and the “beyond a reasonable doubt” standard they would face at trial. I say “look towards” because, while the committee can fairly put the responsibility on the Justice Department to develop a case further and to make the final prosecutorial decision, an ill-considered referral by the committee would only lead to dashed expectations and reduce confidence in both Congress and the Justice Department.

Witnesses have testified that Trump was told there was no election fraud, and that Vice President Mike Pence could not overturn the 2020 presidential election. Does that show Trump knew what he was doing was wrong?

The precise proof the government would need to convict the former president of offenses such as obstruction of Congress, seditious conspiracy, and conspiracy to defraud the United States would vary by statute. But at the heart of each charge would be an obligation to prove mens rea—a guilty mind. Criminal defendants usually don’t need to know that they are violating a particular law, but they do need to know they are doing something wrong, or at least have knowledge of facts that make their conduct wrongful.

None of the charges I’ve mentioned would necessarily require Trump’s actual awareness that there was no election fraud. Even had he been quite sure significant fraud had occurred, the relevant statutes could capture a deceitful plan to obstruct the electoral certification or a plan to stir up a mob to obstruct Congress. Still, clear evidence of such awareness would massively strengthen the case against him.

Ordinarily, awareness of a fact can easily be proved where a defendant has been authoritatively told something by an expert. But Trump’s record of rejecting expert advice on all manner of subjects, including the coronavirus pandemic, makes this case harder. A jury might find what experts told Trump extremely probative on the issue of his knowledge. Yet that’s not a foregone conclusion.

"Delusional pigheadedness is indeed a defense."

Instead, the government could rely on “willful blindness” or “conscious avoidance.” The U.S. Supreme Court explained that defendants who “deliberately [shield] themselves from clear evidence of critical facts that are strongly suggested by the circumstances . . . are just as culpable as those who have actual knowledge.” Still, courts often make clear that “willful blindness” can’t be found if the defendant “actually believed” the relevant fact was not true. Delusional pigheadedness is indeed a defense, and Trump might benefit from it here.

“Willful blindness” goes to factual knowledge and is, strictly speaking, not relevant to whether Trump had the requisite consciousness of wrongdoing. A jury might find it dispositive for that element that Trump was told the plan to prevent Pence from certifying the election was illegal, especially if the government’s burden is showing a generalized awareness of wrongfulness. But a juror might again see Trump as rejecting the experts and embracing his imaginary Article II supremacy.

In its own investigation, does the Justice Department have resources or abilities to obtain evidence that the congressional committee does not? Is it likely the hearings are presenting all the available evidence?

The department certainly has tools that the committee lacks, most importantly the ability to obtain search warrants and to credibly threaten to prosecute culpable people who don’t fully cooperate. It also has the resources to obtain and process the wealth of electronic evidence that the committee is unlikely to have fully exploited. If there is a smoking gun in this case, it might well be a text message.

If reports that the relevant people in the department were surprised by Hutchinson’s testimony are true, however, that would suggest a surprising degree of dependence on the committee’s investigation, quite a change from the usual scenario in which prosecutors worry about congressional investigators muddying up the crime scene.

"If there is a smoking gun in this case, it might well be a text message."

You have mentioned “the extraordinarily hard question of whether a prosecution [of Trump] would be in the public interest.” What factors need to be considered in making the decision?

The first consideration here has to be not just whether the facts and law support a case but whether they support an overwhelming case. The overall goal here has to be removing the threat to our democratic process that Trump posed and continues to pose. That threat will only be aggravated with anything other than a strong case that would easily persuade not only every reasonable juror but also a fair-minded outside observer.

Even slam-dunk cases can end in acquittals or, almost as harmful, mistrials, which require only one outlier juror. The public interest requires us to consider the real possibility of an acquittal. We also should consider the prolonged pretrial litigation that would inevitably attend the prosecution of a former president for crimes while in office—issues requiring first appellate and then Supreme Court intervention.

The goal of removing Trump from public life as expeditiously as possible will be hard to meet under any analysis. A quick trial on powerful evidence would surely help. But it’s far from clear that this option is truly available in the short- or even medium-term. When one looks at what actually is on offer, one can fairly ask whether the prosecution of those around Trump, but not Trump himself, would achieve as much—but at far less cost to the nation.

This approach leaves other potential goals unmet. Trump would not actually go to prison. But as a practical matter, given both status and age, I just don’t see this as happening anyway.

Readers will note that I’ve not come down firmly on one side or another. A criminal conviction embodies authoritative communal condemnation. Here, it would also announce that the president is not above the law. But the costs and risks of seeking a conviction need to be weighed. The only thing I’m certain about is that prosecuting Trump will not address his toxic legacy.