Powerful institutional investors are the reason wages have been flat for decades, stifling competition for workers and worsening income inequality, the Columbia Law School professor says. 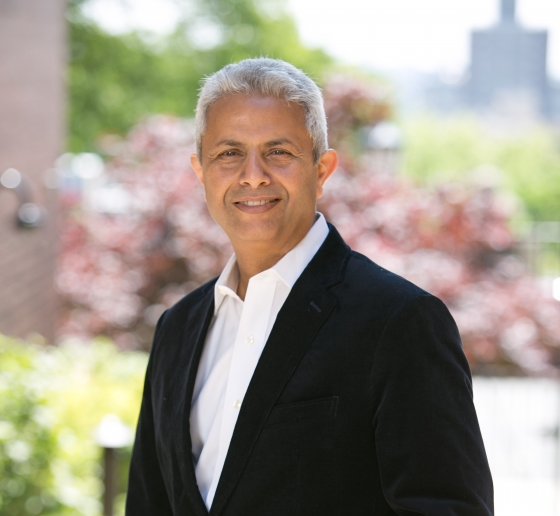 Control of the American stock markets has shifted from individual retail investors to powerful institutional investors, which own more than 70% of publicly traded equity. The Big Three—BlackRock, Vanguard, and State Street—collectively constitute the largest shareholder in nearly 90% of S&P 500 firms. Effectively, institutional investors have hung an “under new management” sign over publicly traded corporations. The giant asset managers use their outsized power to strengthen corporate governance—making it easier for shareholders to fire CEOs who don’t keep investor returns high—and that keeps employees’ wages down, says Zohar Goshen, Jerome L. Greene Professor of Transactional Law and an authority on corporate governance and securities regulation. In a paper written with Doron Levit of the University of Washington Foster School of Business, the two argue that powerful institutional investors’ policy of pushing public corporations to adopt strong corporate governance has an inherent, painful tradeoff: While strong governance can improve corporate efficiency—by reducing management agency costs—it also can reduce social welfare—by limiting investment and depressing the labor market. They advocate breaking up the giants to end the strong governance stranglehold.

What is “strong governance,” and why is it bad for employee pay?

Strong governance, which gives shareholders greater control over corporate managers, is associated with firms investing less money in their internal operations, instead often disbursing profits to shareholders in the form of dividends and share buybacks. Less investment means less hiring, less hiring means lower labor demand, and lower labor demand means stagnant wages. Because of their dominant position, the major institutional investors’ campaign toward strong governance has had negative effects on the labor market. Moreover, this behavior becomes anticompetitive when a small group of shareholders owns all the firms in the market and moves firms en masse to strong governance.

I thought Vanguard was just investing my retirement money, but you’re saying that giant institutional investors are the culprit behind decades of wage stagnation. What led you to this conclusion?

There are several trends over the past 40 years that coincide with the rise of institutional investors and the growth of common ownership (a term that describes a few institutional investors controlling large stakes in most U.S. corporations). Workers’ wages have stagnated while their productivity has continued to rise. Between 1979 and 2018, productivity grew nearly 70% but a typical worker’s compensation grew by just 11.6%. At the same time, firms have decreased the rate of investment, increased profitability, and increased payouts to shareholders through dividends and share buybacks—and the value of shares has increased. It’s a strategy that increases return on capital at the expense of employees, resulting in a dramatic increase in income inequality.

Are the Big Three actually conspiring to keep wages low?

No. Common owners need not act as a cartel to have cartel’s effects. Instead, those effects flow naturally from common owners’ push for strong governance. The conventional wisdom is that strong governance reduces corporate inefficiency and increases a firm’s value. Institutional investors follow this wisdom and see the value of their portfolios going up. They believe it is just due to the improved efficiency of their firms, but, in fact, it is also because of the wealth transfer from workers to shareholders.

In exchange for a marginal increase in the value of their pensions’ stock portfolio, employees of public corporations are resigning themselves to depressed hiring and stagnant wages, even as their productivity—and consequently their value to the corporations—surges to record levels. Relatively richer investors get most of the benefit of higher stock prices.

You’ve proposed breaking up BlackRock, Vanguard, and State Street, which together have a portfolio of $17 trillion, and limiting institutional investors to $500 billion in assets under management per firm. How would that help?

It would change the relative power of shareholders and managers. Currently, institutional investors are too powerful, and they demand a high return on capital at the expense of workers. Breaking up large common owners into smaller owners will limit the extent to which they can influence the governance structure of public corporations.

The two-time honoree says nothing is more rewarding than seeing a student’s “Aha!” moment.

Twitter's Future: How Might the Platform Change Under Elon Musk’s Ownership?