In a ruling in a case challenging the U.S. Secret Service’s response to Freedom of Information Act (FOIA) requests, a federal appellate judge cited Columbia Law School Professor David Pozen’s scholarship on the open records law to make the point that transparency in government can be pursued through other means. 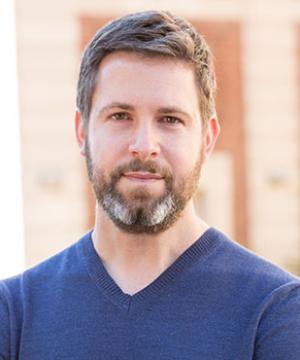 In the case, Judicial Watch, Inc. v. U.S. Department of Homeland Security, U.S. Court of Appeals for the D.C. Circuit Judge Cornelia (“Nina”) Pillard referenced Pozen’s 2017 article, Freedom of Information Beyond the Freedom of Information Act. Pillard joined Judge Judith Rogers in finding that Judicial Watch, a conservative watchdog organization, could proceed with its claims that the Secret Service has a “policy or practice” of violating FOIA’s requirements. Writing in concurrence, Pillard cited Pozen’s article in observing that “[a]s widely emulated as it has been here and abroad, FOIA is not the only—or necessarily the best—way to make the workings of government as open as practicable to the people in whose name its officials wield power and resources.” (Read the citation on page 11, below).

In his article, Pozen—who helped organize a major conference on FOIA’s 50th anniversary—argues that although FOIA has been “celebrated as a structural necessity in a real democracy,” the law supplies a “distinctively ‘reactionary’ form of transparency” by putting the onus on the public to make records requests. Pozen believes this not only generates inefficiencies but also “establishes nondisclosure as the default norm.” He calls attention to alternative transparency models, including so-called affirmative disclosure policies that require documents to be posted even in the absence of a request. This past fall, FOIA expert Margaret Kwoka explained that Pozen’s article will force “anyone . . . who writes and practices in the area” “to radically rethink [their] overall defense of FOIA."

Pozen teaches and writes about constitutional law, national security law, and information law, among other topics. For the 2017-2018 academic year, he was the inaugural visiting scholar at the Knight First Amendment Institute at Columbia University.