A lawyer with a Ph.D. in organic chemistry, Morten is the founding director of Columbia Law School’s new Science, Health, and Information Clinic. 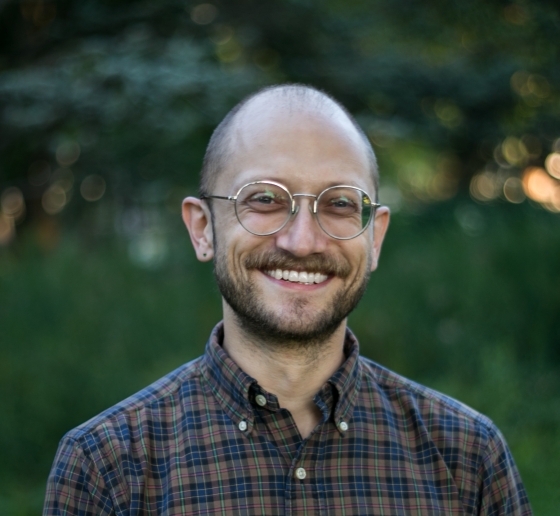 When you ask Christopher Morten CC ’05 about COVID-19 vaccines, you get an impassioned response. “To develop an effective and safe vaccine in the span of a year is an achievement the likes of which I’m not sure I’ve seen in my lifetime—it’s on the level of the moon landing,” says Morten, an expert in patent and trade secrets law. “But imagine we’d gotten the astronauts to the moon and then left them there! We’ve done the hard part. We invented a vaccine. We should be taking the technology that we have and making sure that everyone who needs it gets it.”

Morten, who joined the Columbia Law faculty as an associate clinical professor of law on July 1, is outraged that private companies control the formula and manufacture of the COVID-19 vaccines, which were developed with crucial support and scientific input from the National Institutes of Health (NIH), a public agency. “What I find heartbreaking is that we are making the vaccines here and in Europe, but we refuse to share the knowledge of how to make them with other countries. As a result, many of those countries will not begin meaningful vaccination campaigns until 2023,” he says. “Biden has the legal authority to compel knowledge transfer, as my students, partners, and I have been researching and writing about all through the year. He could lead the fight against vaccine apartheid and teach the world basically how to make vaccines. But he’s declined to do so.”

Morten has focused his career on litigating, teaching, and writing about biotechnology and health care vis-à-vis administrative, patent, and trade secrecy law. “These are some of the doctrines of law that are involved in incentivizing research and development in new forms of health technologies. They are also responsible in many cases for determining the allocation and distribution of these technologies. As such, these doctrines often govern who gets access to medicines, to diagnostics, to health care more broadly,” he says. “Obviously, these issues became incredibly topical in the last year, so it’s been an exciting time, a busy time, a difficult time, and a distressing time.”

Advocacy is a fundamental professional responsibility for Morten. He publishes in scholarly journals as well as in the mainstream media, including recent pieces in The Washington Post (“The FDA Is in Desperate Need of Some Soul-Searching”) and The Nation (“We Can’t Trust Big Pharma to Make Enough Vaccines”). He co-wrote an op-ed in The Boston Globe (“Pharma’s Secrecy Hinders Global COVID-19 Vaccination. Joe Biden Could Fix That”) with recurring collaborator Zain Rizvi of the public interest group Public Citizen and one of Morten’s clients, Christian Antonio Urrutia, an AIDS activist and co-founder of PrEP4ALL, an organization devoted to making HIV prevention and treatment globally available.

“A core part of what I do is to write about law and policy for popular audiences, which feeds back into the theory of my academic writing. My scholarship often tackles questions about what rights we the public have and what voice we should have in debates over technology, science, and health care, so I think it’s vital to make these conversations big, open, democratic ones,” he says. “But at the end of the day, the stuff that gets me most excited is practical work that I can do for clients and work that I can do with students on pressing, real-world legal problems.”

Morten put a great deal of thought into naming the Science, Health, and Information Clinic. “That particular trinity of words signals that we can and will take on a wide variety of cases and projects,” he says. “I didn’t want the clinic to feel limited in any way to any single set of legal tools or doctrines—patents, say—for every project. I wanted instead to define the clinic around social and economic problems.” The clinic will expand beyond his prior teaching and advocacy at NYU School of Law’s Technology Law and Policy Clinic and at Yale Law School’s Media Freedom and Information Access Clinic.

A primary focus of his work at NYU and Yale was addressing a lack of access to information itself. In 2018, he and colleagues at Yale brought a lawsuit under the Administrative Procedures Act, Seife & Lurie v. U.S. Department of Health and Human Services et al., on behalf of two medical researchers against the Department of Health and Human Services, the Federal Drug Administration, and the NIH; they sought a court order compelling the government to collect and then publish more-complete data on ClinicalTrials.gov, the world’s largest public database of clinical trial data, which is administered by the NIH.

"My scholarship often tackles questions about what rights we the public have and what voice we should have in debates over technology, science, and health care."

“We brought the lawsuit to make a good public website better,” he says, explaining that the administrative rules governing ClinicalTrials.gov had serious flaws. Although Congress enacted a law in 2007 requiring the sponsors of clinical trials to submit their results for the website, it wasn’t until 2016 that the NIH issued clear rules about complying with the law. When the NIH issued those rules, it created a loophole that exempted trial sponsors from any obligation to submit data collected between 2007 to 2017 in defiance of the underlying law. “So there was a decade of medical and scientific data that was largely missing from the website,” he says. In 2020, a judge in the Southern District of New York ruled that trial sponsors must retroactively submit results from 2007 forward. “There are finally now some trial results posted on ClinicalTrials.gov that had been missing from the database for years, which is a cool thing,” says Morten. “Patients and doctors finally have access to more-complete information on the medicines they’re using.”

Morten says Seife v. HHS epitomizes a good clinical project. “It was student attorneys who researched the complaint, wrote the complaint, filed the complaint, negotiated with the government lawyers, briefed the case, and a student attorney who stood up in federal court for the oral argument,” he says. “Ultimately, the hallmarks of a successful project are that we represent our clients zealously, we vindicate their interests, and we hopefully get a big win for them . . . and we provide great student experiences. In the ClinicalTrials.gov case, students got to see almost every stage of civil litigation and think about impact lawyering and how lawyers can work with activists and others toward social change.”

Scientific and Self Discovery

As an undergraduate at Columbia College, Morten was unsure what he wanted to study, and because of the college’s core curriculum requirements, he ended up taking a chemistry class as a freshman. “I was enchanted by it,” says Morten. He went on to graduate summa cum laude with a B.A. in chemistry in 2005. While studying for his Ph.D. in organic chemistry at Massachusetts Institute of Technology (MIT), Morten became increasingly interested in the politics of science, too: “I began to think about what sort of problems science seeks to solve, whom science works for, and whom it doesn’t work for—even harms.”

When he attended a job fair at MIT, he met with law firms that were recruiting scientists to advise on patent cases. He was intrigued by Goodwin Procter’s work representing generic drug companies that faced patent barriers when trying to bring lower-cost versions of prescription drugs to the U.S. market. “They said they needed scientists to help their lawyers determine when the generic drug companies can invalidate bad patents and bypass or design around other patents,” says Morten.

He was hired in 2011 as a law clerk and science adviser and became involved with litigation and transactional work at Goodwin. From 2014 to 2015, he worked in a similar capacity at Baker Botts. Meanwhile, Morten was pursuing a J.D. “There was a great sort of interplay between the work I was doing in my midtown offices and the doctrine I was learning as a law student at NYU,” he says. After receiving a J.D. in 2015, he clerked on the U.S. Court of Appeals for the Federal Circuit and then returned to Goodwin for two more years before transitioning to academia.

After stints at NYU and Yale, Morten is back in Morningside Heights, where his intellectual journey began 20 years ago, and he is eager to take advantage of the interdisciplinary resources of Columbia University; he hopes to forge working relationships with the Mailman School of Public Health and the Knight First Amendment Institute, among other schools and centers.

But first, he has to get the Science, Health, and Information Clinic up and running. Morten wants students to know that there are no prerequisites for enrolling in the clinic, which will encompass advocacy, client counseling, and litigation and/or transactional work, depending on the project. “Many of the cases I hope to take on will be at new intersections of law and technology,” he says. “For instance, there’s no settled law of COVID-19 vaccines because we didn’t have those vaccines until last year, and they emerged from unprecedented public-private partnerships. Often, when you’re working on new problems, there’s no blueprint, no existing solutions. Students have to think creatively—and that can be intimidating but also unusually freeing because students start from the same place as the world’s leading experts. I’ve had students in the span of a semester go from being brand new to an area of law and brand new to a problem of technology to writing white papers that shape federal policy. When you’re working on new problems, you can become one of the experts.”

Morten also wants to make clear to students that he views intellectual property through a social justice and human rights lens: “I see my work in solidarity with broader efforts of patients, organizers, activists—and lawyers!—to build power for marginalized people. I’d like to help awaken people to the fact that even ‘unsexy’ areas of law like patents, trade secrets, and data governance rules are incredibly important because they hold enormous power over people’s health, people’s dignity, and people’s lives.”