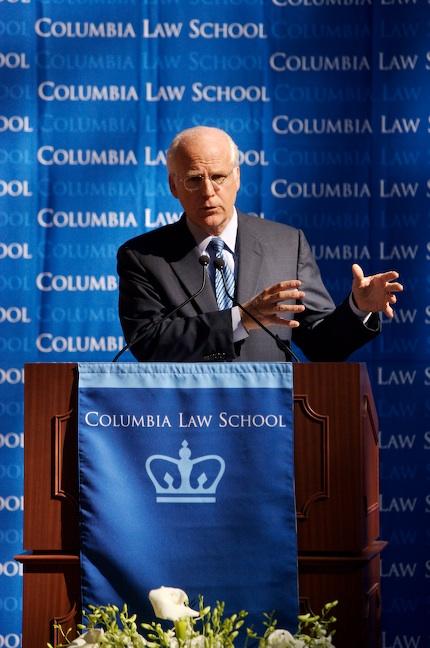 October 8, 2007 (NEW YORK) - Diplomats and international legal experts agreed today that the 10-year-old Chemical Weapons Convention was a legal and diplomatic success story, but they warned that the treaty’s effectiveness was threatened by non-signatory nations, as well as non-state actors such as terrorists.
Nearly a dozen ambassadors, academics and representatives from the United States and Europe marked the 10th anniversary of the convention, which prohibits chemical weapons and calls for their destruction, at a symposium hosted by Columbia Law School’s International Programs at Low Memorial Library.
U.S. Rep. Christopher Shays,
R-CT, and a member of the
House subcommittee on
terrorism risk assessment,
spoke at the symposium.
Ambassador Eric Javits ’55, the U.S. representative to the Organization for the Prohibition of Chemical Weapons (OPCW), the convention’s implementation body at The Hague, called it “a perfect example of effective multilateralism.”
“The basic concern now is non-state actors and terrorists,” Javits added. 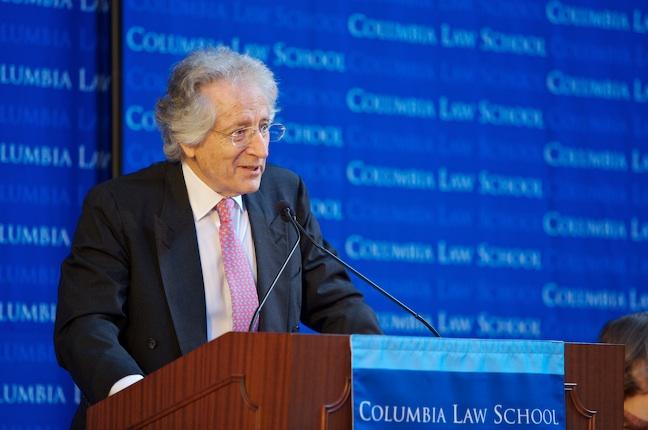 Ambassador Eric M. Javits, U.S. Permanent Representative to the Organization for the Prohibition of Chemical Weapons, gave opening remarks at the Chemical Weapons Convention Symposium.
Rogelio Pfirter, the director-general of the OPCW, noted that the United States and Russia face a 2012 deadline for destroying their chemical stockpiles that few expect them to meet, and he warned that a handful of key countries including North Korea, Egypt, Syria and Israel still have not signed the treaty.
“The truth is that without their membership the convention is badly weakened,” Pfirter said. “We are far from being there yet.” 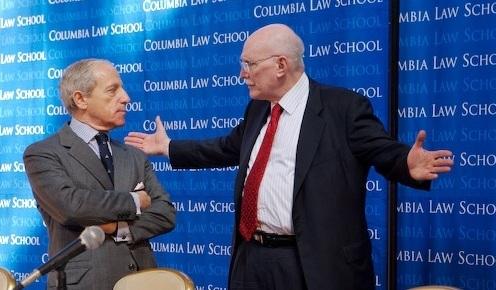 Ambassador Rogelio Pfirter, Director-General of the OPCW, (left), talks with Ambassador Donald A. Mahley, Deputy Assistant Secretary for Arms Control Implementation, Bureau for International Security and Nonproliferation, U.S. Department of State.
The convention requires declared chemical weapons states to destroy their stockpiles, prohibits further development and includes a strict inspections regime. The 182 states that are party to the convention represent 98 percent of the world’s population, and the OPCW has certified the destruction of 24,000 metric tons of chemical agents – about a third of the world’s declared stockpiles.
Yesterday’s event was one of several held around the world this year to commemorate the convention entering into force on April 29, 1997. CLS professors Lori Damrosch and Richard Gardner moderated the discussions. Ambassador Xue Hanqin ’95 J.S.D. China’s representative to the OPCW, was also among the panelists. 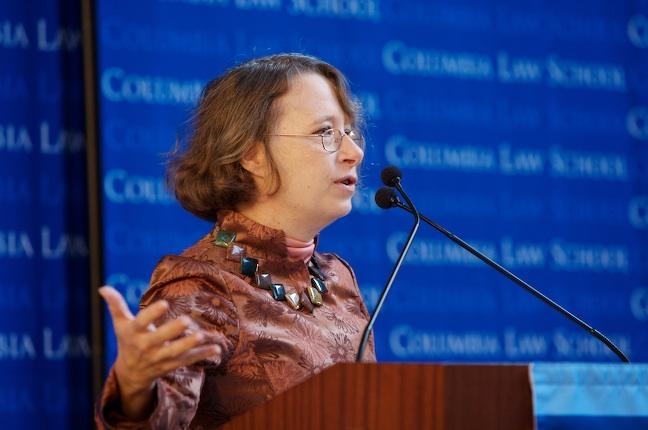 Lori F. Damrosch, the Henry L. Moses Professor of International Law and Organization, served as a moderator at the event.
Columbia Law School, founded in 1858, stands at the forefront of legal education and of the law in a global society. Columbia Law School joins traditional strengths in international and comparative law, constitutional law, administrative law, business law and human rights law with pioneering work in the areas of intellectual property, digital technology, sexuality and gender, and criminal law. 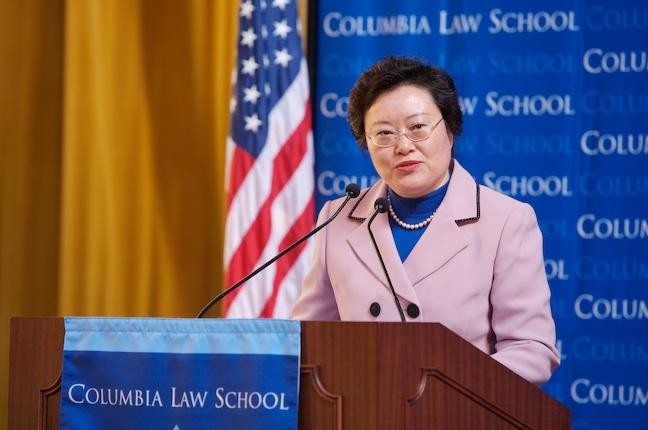 Xue Hanqin, Ambassador of the People's Republic of China to the Netherlands and Premanent Representative to the Organization for the Prohibition of Chemical Weapons, attended the symposium. 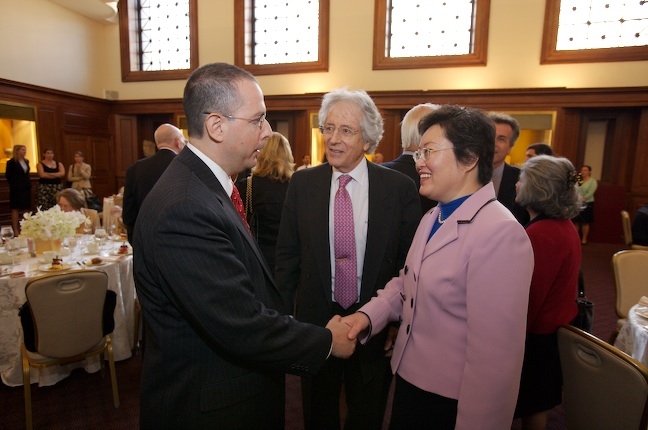 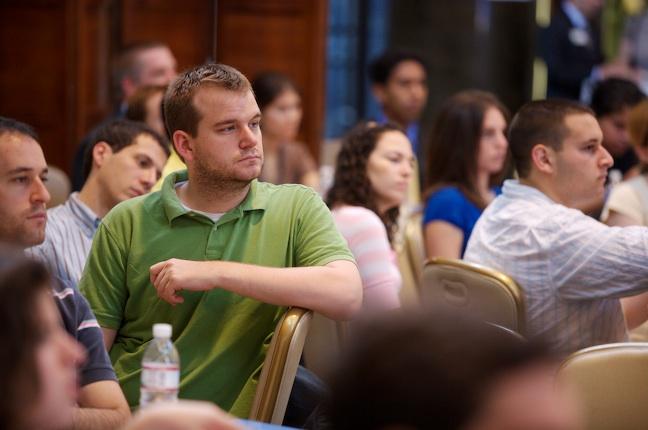 The symposium attracted an array of students, faculty and diplomats.