Professor is Lauded as Advocate, Mentor, and Teacher of Negotiation and Mediation

New York, May 8, 2012—Professor Carol B. Liebman has been named a recipient of the 2012 Columbia University Presidential Awards for Excellence in Teaching, which honor faculty members for their part in maintaining the University’s longstanding reputation for educational excellence.

Liebman, one of five University professors to receive this year’s award, is a recognized expert in negotiation, mediation, and legal education. Soon after joining the faculty in 1992, she started the Law School’s Mediation Clinic—among the first of its kind in the nation—putting Columbia at the forefront of what became a major movement in legal education. Under the auspices of the clinic, students provide direct mediation services to people in conflict, many of them from underserved populations in New York. 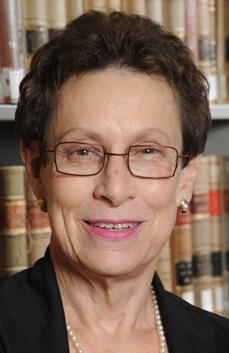 Liebman helped create an innovative third-year course in professional responsibility that she led for more than a decade, and she also launched the Negotiation Workshop, in which hundreds of Law School students every year learn that wise problem solving and ethical behavior are consistent with vigorous representation of clients.

“No one at the Law School has done more to provide students with meaningful experiential learning than Professor Liebman,” David M. Schizer, Dean and the Lucy G. Moses Professor of Law, wrote in a letter nominating Liebman for the award.

Students, former students, and colleagues supported Liebman’s nomination enthusiastically, writing dozens of letters to the selection committee. “I cannot think of another teacher who is more deserving of this award,” wrote Michelle Greenberg-Kobrin ’99, Dean of Students and a Lecturer-in Law. “Carol embodies the keystone qualities of excellence in the classroom, caring toward students, focus on long-term mentorship, consistent engagement, a deep respect, and a constant focus on how she, her students, the Law School, and the University can do more.”

While continuing to teach her classes, Liebman filled in as Dean of Students in 2007 when Greenberg-Kobrin was on maternity leave. Liebman has worked with professors at the Business School to create a cross-disciplinary class in negotiation, and she helped start a half-day program on conflict management at the Medical School. In 1996, Liebman served as a mediator when student protesters took over Hamilton Hall in a protest about the University’s Ethnic Studies program.

“Anyone can teach students legal principles from textbooks or present general concepts, but only a special person can connect with students, guide careers over time, keep graduates engaged in a subject like mediation and negotiation over a decade after graduating, and offer practical advice and life lessons,” wrote Fatimah Gilliam ’01, head of finance and fundraising for North America in the World Food Programme’s private partnerships division.

Clare Huntington ’96, now an associate professor at Fordham Law School, wrote that Liebman “was always careful to cultivate rigorous critical thinking and deep intellectual engagement. She also made the learning experience fun, maintaining a good sense of humor despite sometimes testy clients . . . . She was a true role model, inspiring me then and now . . . . Professor Liebman has shown me that family and work can be complementary, with one feeding the other. I looked to her life when I needed reassurance that I could attain my goal of having both a family and a satisfying career.”

Liebman was one of four clinical law professors invited by the Ford Foundation to travel to China in 2000 to introduce clinical education at seven Chinese law schools. As part of that project, she returned to China twice and was a guest in 2010 at a conference in Beijing hosted by the Committee of Chinese Clinical Legal Educators (CCCLE) as it celebrated 10 years of clinical legal education in China. She has also taught about mediation and negotiation in Brazil, Israel, Vietnam, and Japan.