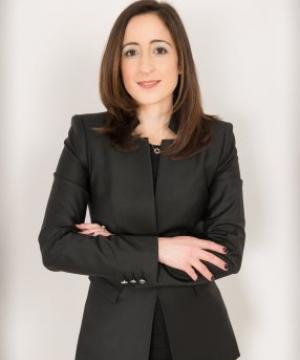 When Columbia Law School Professor Alexandra Carter ’03 led her first conflict-resolution training for female diplomats at the United Nations five years ago, she was struck by a sentiment many of the participants shared: By the time they felt advanced enough in their diplomatic careers to participate in peace talks, they had already missed out on many chances to do so.

That led Carter, director of the Law School’s Edson Queiroz Foundation Mediation Program, and her colleague Shawn Watts ’12, associate director, to begin thinking about ways they could make such specialized training more widely available. After that first session in 2012, she and students in the Mediation Clinic continued to provide annual dispute resolution workshops for the United Nations and, last year—in collaboration with the Law School's Executive Education program—signed a formal agreement with the United Nations Institute for Training and Research to do so on a monthly basis.

Then, in January 2016, Carter and Watts partnered with Columbia Law School alumnus Michael Kawachi ’78 in Japan to pilot a rule of law–focused, multidisciplinary, experiential international peace summit held in collaboration with the United Nations and local partners.

The Japan event was so successful that Carter and Watts—who as a third-year Law School student approached Carter about creating a Native Peacekeeping Seminar—decided to expand the initiative. To begin that process, they applied for and earlier this year was awarded a Parker School of Foreign and Comparative Law Global Innovation Award. The grants were created in 2016 to support innovative research and teaching on foreign, comparative, international, and transnational issues. Carter plans to use the funds to design and execute another summit in Japan later this year and one in Brazil in 2018. Ultimately, she plans to recruit a board of directors with representatives from around the world to hold the workshops on a regular basis.

“Our goals are to be the premier center for training in the area of conflict resolution for diplomats and to create an international network of people who are known as peace builders. By doing so, these leaders around the world will have a community to turn to when they face crises,” Carter said.

The January 2016 summit got things off to a promising start. Advertised only by word-of-mouth among Kawachi’s contacts, the daylong training was “fully subscribed,” Carter said. The sessions were led by Carter, Kawachi, and Watts. Then-Columbia Law School student Rachel Shapiro ’16 drafted many of the presentation materials and served as a coach during some of the role-play exercises. Attendees included representatives from the Japanese government; the head of one of Japan’s leading law firms; the former chairman of IBM Japan; and diplomats from countries ranging from Rwanda to Venezuela.

Carter says the mix of government and nongovernment participants is important.

“There’s no such thing as a diplomatic crisis that doesn’t involve business and vice versa,” she said. “Increasingly, the most challenging problems of our time are going to require people from many different walks of life and many different sectors to come together to solve them.”

In addition to the United Nations and Kawachi, Carter and Watts have secured the support of the Columbia Global Centers in Rio de Janeiro and lined up Lilia Maia de Morais Sales to head the project in that country. Law School students, especially those in Carter’s Advanced Mediation Clinic, will play an active role, as they have in the ongoing United Nations trainings.

“Columbia has always been a global leader in so many different areas of the law,” Carter said. “It’s our hope that we will now be a global force for good in the field of conflict resolution.”