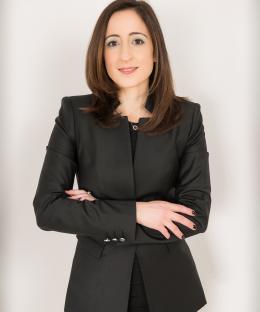 As the director of the Law School’s Mediation Clinic since 2008, Alexandra Carter ’03 trains students in various forms of alternative dispute resolution. Under her guidance, students learn negotiation strategies and counsel clients in federal, state, and New York City courts; cases range from family business disputes to complaints filed with the U.S. Equal Employment Opportunity Commission. In 2016, Carter established a partnership with the United Nations Institute for Training and Research, and her students are the exclusive providers of alternative dispute resolution instruction for the United Nations’ New York diplomatic corps. She is currently training judicial and administrative leaders from courts in New York State, which will soon require that most civil litigation be resolved through presumptive mediation rather than in open court.

In 2019, Columbia University honored Carter with the Presidential Award for Teaching for her innovative pedagogy and commitment to her students. Carter developed her passion for mediation and teaching as a student in the Law School’s Mediation Clinic, which was directed by Professor Carol Liebman, who became her mentor and role model. As a student, Carter won the Jane Marks Murphy Prize for clinical advocacy and the Lawrence S. Greenbaum Prize for best oral argument in the 2002 Harlan Fiske Stone Moot Court Competition.

Before enrolling at the Law School, Carter was a private equity analyst at Goldman Sachs and a Fulbright Scholar in Taiwan, where she researched its contemporary literature to assess cross-strait political tensions.

After receiving her J.D., Carter clerked on the U.S. District Court for the District of Massachusetts and then joined Cravath, Swaine & Moore as a litigator. She was drawn back to the academy by Liebman and other mentors at Columbia Law School. Carter’s fresh take on negotiation is the subject of her general-interest book, Ask for More: 10 Questions to Negotiate Anything, which was published by Simon & Schuster in May 2020 and became an instant Wall Street Journal Business bestseller - the first negotiation book solo-authored by a woman to make that list. 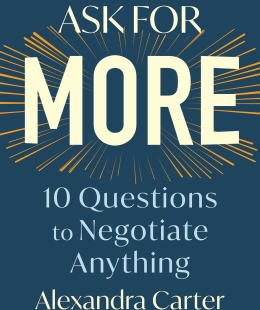 Ask for More: 10 Questions to Negotiate Anything

In her book on negotiation, mediation expert Alexandra Carter, clinical professor of law, offers a straightforward, accessible approach anyone can use to ask for and get more. Her 10-question framework provides a path for successful negotiation, leading to positive results for both sides, and her proven method extends far beyond one “yes” or handshake.

“I strive to create in the classroom the same environment we create in a mediation: a place where everyone knows they can be heard, where their voices matter, and they have the power to decide what their future looks like.”

Your Time Is Valuable: Here Is How to Negotiate for More at Work

| Reuters
In The Media

Ask for What You Deserve: How to Secure A Raise During the Great Resignation

| CNET
In The Media

How to Get Better at Asking for More Money