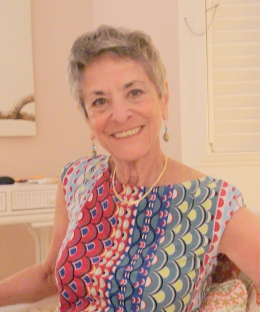 Vivian O. Berger, the Nash Professor of Law Emerita, first joined the Columbia Law School faculty in 1975, and became emerita July 1, 2000.  Her principal areas of interest include mediation/alternative dispute resolution, employment law, criminal process and law (particularly capital punishment), and habeas corpus.  Berger was of counsel at Hoffinger, Friedland, Dobrish and Stern from 1994 to 1998.  She previously served as assistant counsel to the NAACP Legal Defense and Educational Fund in 1986, and as an assistant district attorney for New York County from 1977 to 1983.

Berger’s professional experience includes work in litigation, mediation and arbitration. She has also, among other things, served as general counsel of the board of the American Civil Liberties Union, as a board member of The Bridge, Inc. and the Center for Ethics and the Rule of Law (CERL), as chair of the First Department Screening Panel, and as a regular columnist for The National Law Journal.  Berger is an elected member of the American Law Institute and the American Bar Foundation Fellowship and has been a member of a number of committees of the New York City Bar Association and the New York State Bar Association, as well as the New York Unified Court System ADR Advisory Committee and the mediator advisory committees of the U.S. District Courts for the Southern and Eastern Districts of New York.  She was a member of the board of advisers of the California Appellate Advocacy Institute, the advisory board of the ACLU Capital Punishment Project, and New York Lawyers Against the Death Penalty.

Berger received her J.D. from Columbia Law School in 1973 and earned a B.A. from Harvard University in 1966.  She served as a law clerk to Judge Wilfred Feinberg of the 2nd U.S. Circuit Court of Appeals from 1973 to 1974.