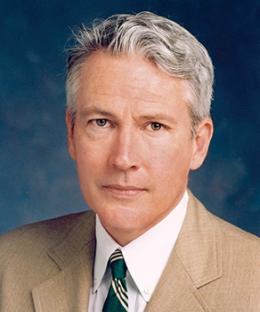 Philip Bobbitt is a leading constitutional scholar and influential writer on constitutional law and theory. His early work, including Constitutional Fate and Constitutional Interpretation, first identified the six fundamental forms of constitutional argument. His later work has concerned the nature of the constitutional order and its relationship to international security. His recent teaching, essays, and best-selling books address the most challenging issues of the day, including presidential impeachment, responses to terrorism, and coming changes in world order.

Bobbitt has written 10 books, including the award-winning The Shield of Achilles: War, Peace and the Course of History, and the international best-selling Terror and Consent: The Wars for the Twenty-First Century, which examine the evolution of the State and the corresponding changes in the nature of warfare. His first book, Tragic Choices, written with Guido Calabresi, is a foundational text for the study of societal values and the trade-offs they command. His most recent work is a new edition of the authoritative Impeachment: A Handbook, written in 1974 by former Columbia Law Professor Charles Black. Impeachment, he notes, will not tell law students what to think about constitutional problems, but “how to think’’ about them.

Bobbitt, who began teaching at the Law School in 2007, has served in the federal government through seven presidential administrations. Among these posts, he was formerly associate counsel to the president for intelligence and international security; the legal counsel to the Senate's Iran-Contra committee; the Counselor on International Law at the State Department; and the senior director for strategic planning at the National Security Council. He has been a member of the Secretary of State’s Advisory Committee on International Law and most recently, a member of the External Advisory Board of the CIA.

Read This Now: Law Faculty Name the Books That Influenced Them Most

Just in time for winter break reading, these books changed faculty’s lives and will change yours too.

What Does It Mean to Win a War Today

| The Economist
In The Media

What We Know Now: The Jan. 6 Hearings

| Newsweek
In The Media