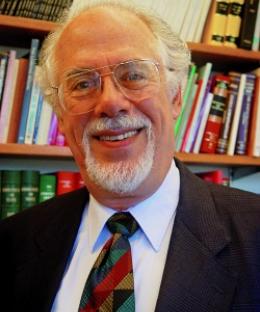 Peter L. Strauss is the Betts Professor of Law Emeritus at Columbia Law School.  He joined the faculty in 1971, twice served as vice dean, and became emeritus July 1, 2017.  He has long been teaching courses in administrative law, legal methods, and legislation; as emeritus, he has been teaching Legal Methods I and the required elective on Legislation and Regulation, and, more recently, Advanced Administrative Law.

He received his LL.B. from Yale Law School in 1964 and his A.B. from Harvard College in 1961. Before joining the Law School, he clerked for David L. Bazelon and William J. Brennan in Washington, D.C.; spent two years lecturing on criminal law in the national university of Ethiopia; and three years as an attorney in the Office of the Solicitor General, briefing and arguing cases before the U.S. Supreme Court. During 1975 to 1977, Strauss was on leave from Columbia as the first general counsel of the United States Nuclear Regulatory Commission.

In 1987, the American Bar Association's section of administrative law and regulatory practice presented Strauss with its third annual award for distinguished scholarship in administrative law. From 1992 to 1993, he served as chair of the section. He has been a reporter for rulemaking on its APA and European Union administrative law projects, and was a member of its E-Rulemaking task force. In 2008, the American Constitution Society awarded him the first Richard Cudahy prize for his essay “Overseer or 'The Decider'? The President in Administrative Law.”

A life member of the American Law Institute, in 2010 Strauss was elected to the American Academy of Arts & Sciences. He has also long been a faculty member on the board of the Law School's Public Interest Law Foundation.