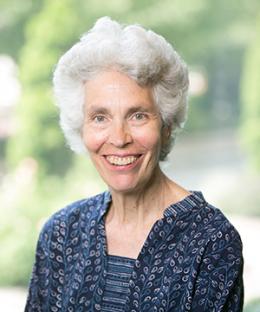 Mary Marsh Zulack brings to her clinical teaching a lifelong commitment to fair housing and access to legal representation.

At Columbia Law School, where she has taught since 1990, Zulack’s work with the Lawyering in the Digital Age clinic has benefited thousands of people in crisis, including those affected by the September 11, 2001, terrorist attacks and residents of neighborhoods decimated by Hurricane Sandy. Under Zulack’s guidance, the clinic has created the Collateral Consequences Calculator and developed the Zombie Properties Project to combat neighborhood blight.

For many years, Zulack co-directed the Law School’s Fair Housing Clinic. She also inaugurated and taught a seminar on Law and Policy of Homelessness. She was director of Clinical Education at the Law School from 2005 until 2010.

Over the course of her 20-year career in legal services, Zulack served as attorney-in-charge of the Harlem Neighborhood Office of The Legal Aid Society of New York City and as acting executive director of Bedford Stuyvesant Legal Services.

For the New York City Bar Association, she was as a member of the executive committee and served on the nominating committee, the judiciary committee, and civil court committee. Zulack was founder and first chair of the association’s Committee on Legal Needs of the Poor, now the Social Welfare Law Committee. She was awarded the 1996 Leadership Award by the Citywide Task Force on the Housing Court, and has four times received an annual Pro Bono Publico Award from The Legal Aid Society. From 2006 to 2008, she was a member of the New York City Mayor’s Advisory Committee on the Judiciary, which evaluates and nominates candidates for appointment to the bench.