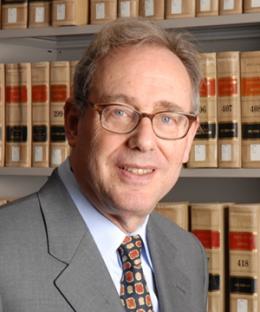 Lance Liebman is the William S. Beinecke Professor of Law Emeritus and Dean Emeritus at Columbia Law School. He teaches and does research in the areas of employment law, property law, and social welfare law.

He began his tenure at the Law School in 1991 as Dean and Lucy G. Moses Professor of Law.  He stepped down as dean in 1996, and then led the Parker School of Foreign and Comparative Law for almost 20 years. From 1999 to 2014, he was director of the American Law Institute, the leading private law reform organization in the world. Before coming to Columbia, Liebman was a professor at Harvard Law School for 21 years. In the Supreme Court’s 1967 term, he was a law clerk to Justice Byron White. From 1968 to 1970, he was an assistant to Mayor John V. Lindsay of New York.

Liebman was a member of the Yale Corporation from 1971 to 1983. He has taught at Maharajah Sayajirao University in Baroda, India; at Tokyo University; at the Harvard-Fulbright School in Ho Chi Minh, Vietnam; at Hebrew University of Jerusalem; and at the European University Institute.

He has published casebooks on property law, employment law, and social responsibilities of lawyers.

Liebman studied at Yale College, at the University of Cambridge, and at Harvard Law School, where he was president of the Harvard Law Review.