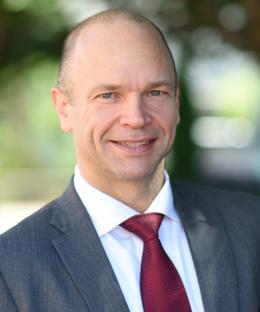 An economist by training, Justin McCrary is an empirical scholar whose primary areas of interest include antitrust, securities regulation, corporations law, the economics of crime, employment discrimination, banking and finance, law and economics, and econometric methods. He teaches Antitrust and Trade Regulation; Corporations; and Litigation, Economics, and Statistics, an experiential course focused on Rule 26 Reports in federal litigation.

McCrary, who was a visiting professor at Columbia Law in the fall of 2017, joined the faculty in 2018 from the University of California, Berkeley, where he taught from 2008 to 2018. He was the founding director of Berkeley’s Social Science Data Laboratory, or “D-Lab,” a center for innovation in training graduate students regarding quantitative social science generally and emerging big data techniques specifically.

Before teaching at Berkeley, McCrary was an assistant professor at the University of Michigan’s Gerald R. Ford School of Public Policy and an assistant professor (courtesy) in Michigan’s economics department. He is also a faculty research associate at the National Bureau of Economic Research, where he co-directed the Crime Working Group from 2006 to 2018. In 2011, the University of Chicago Press published his book, Controlling Crime: Strategies and Tradeoffs (co-edited with Phil Cook and Jens Ludwig).

Other Notes and Files

What reforms follow the decline of stop and frisk?

| The Wall Street Journal
In The Media

| City Journal
In The Media

The End of Policing Left Me Convinced We Still Need Policing