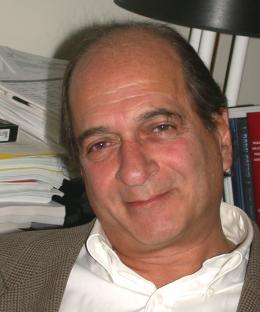 Jeffrey Fagan is a leading expert on policing, crime, gun control, and race whose scholarly research is influential in setting public policy.

A prolific scholar, Fagan has served on the editorial boards of academic journals, provided expert testimony, and is a sought-after commentator on policing, race, and the death penalty. His work includes scholarship on capital punishment; the legal socialization of adolescents; neighborhoods and crime; and juvenile crime and punishment. Fagan’s research on the New York Police Department’s stop-and-frisk practices—which found that more than 30 percent of the stops were legally unjustified or questionable—was central to a 2013 federal court decision that found the policy unconstitutional.

Fagan, who has taught at Columbia Law since 2001, also holds the position of Professor of Epidemiology at the Mailman School of Public Health and has been a visiting professor at Yale Law School. He has received awards and fellowships from institutions including the Russell Sage Foundation, the Robert Wood Johnson Foundation, and the Open Society Institute’s Soros Justice Fellowship. He serves on the editorial boards of several journals on criminology and law and is a past editor of the Journal of Research in Crime and Delinquency.

Fagan has served on the Committee on Law and Justice of the National Academies of Science and the 2004 National Research Council panel that examined policing in the United States. He was a member of the MacArthur Foundation’s Research Network on Adolescent Development and Juvenile Justice and was a founding member of the National Consortium on Violence Research. He has been an expert witness on capital punishment to the U.N. Office of the High Commissioner for Human Rights. He is a fellow of the American Society of Criminology and served on its executive board for three years.

At Columbia, Fagan directed the Law School’s Center for Crime, Community, and Law and served on the steering committee of the Columbia Center for Youth Violence Prevention at the Mailman School of Public Health.

Book Award, “Best Book on Adolescence and Social Policy” for Changing Borders of Juvenile Justice (with F. Zimring), Society for Research on Adolescence

Mass incarceration is one of the defining civil rights issues of our time. With 2.2 million people in prisons and jails across the United States, it is imperative that we remediate bias and inhumanity when it encroaches on our system of criminal justice.

Measuring the Effectiveness of Gun Laws

| NPR
In The Media

| Challenges
In The Media

N.Y.P.D. Boss’s First Weeks: A Rush of Tragedy, a Rise in Scrutiny