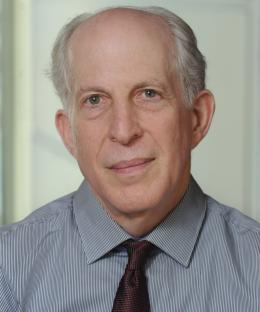 James S. Liebman is an expert on institutional design and change in public education and criminal justice. He is the founder of the ​​Columbia ​Center for Public Research and Leadership​, which since 2010 has engaged upper-level law, business, data sciences, education, and policy graduate students in studying strategies and conducting hands-on projects to equalize children’s access to high-quality public schools.

In the criminal justice context, Liebman’s research has focused on the death penalty, habeas corpus, and structures for improving the accuracy of guilt determinations. In 2014, Liebman and a team of Columbia Law School students published The Wrong Carlos: Anatomy of a Wrongful Execution (Columbia University Press), a book documenting the erroneous conviction and execution of a Texas man for the murder of a convenience store clerk in 1989 that was committed by another man. (The book is the basis for the 2021 documentary The Phantom.) More than a decade in the making, the project was first previewed in the Columbia Human Rights Law Review, garnering attention from NPR, The New York Times, The Atlantic, The Guardian, and other national publications. Professor Liebman’s 2000 and 2002 study (with Columbia Law Professor Jeffrey Fagan) of massive error rates in capital cases nationwide was featured as the right-hand lead in The New York Times and was covered by hundreds of media outlets across the country. Washington Post columnist David Broder characterized the study as one of only three pieces of social research over the prior 40 years that had so “decisively affected the course of policy debates” (David S. Broder, “Broken Justice,” Washington Post, June 18, 2000).

Liebman has argued five capital and habeas corpus appeals in front of the U.S. Supreme Court and many others in lower federal and state courts. He has also testified before the Senate Judiciary Committee and the House Judiciary Subcommittee on Courts, Intellectual Property, and the Administration of Justice about the need for improved legal representation in state capital trials and revisions to federal habeas corpus law, respectively.

From 2006 to 2009, Liebman ​led the New York City Department of Education’s Division of Accountability and Achievement Resources under Mayor Michael Bloomberg. His division provided ​parents and educators with the tools to improve student results and hold schools accountable for advancing students’ academic progress. New York City awarded Liebman the 2009 Overall Excellence in Technology Award for his design of the city’s educational data system.

Liebman served as a law clerk to Judge Carl McGowan of the U.S. Circuit Court of Appeals for the District of Columbia from 1977 to 1978 and U.S. Supreme Court Justice John Paul Stevens the following year. From 1979 to 1985, he was assistant counsel for the NAACP Legal Defense and Educational Fund. ​​Liebman joined the Law School’s faculty in 1985, where he held the position of vice dean from 1991 to 1992.

Liebman is an avid hiker and cross-country skier. Over the past few years, he has hiked the 3,000-mile Continental Divide Trails across New Mexico, Colorado, Wyoming, Idaho, and Montana and begun tackling Canada's Great Divide Trail. 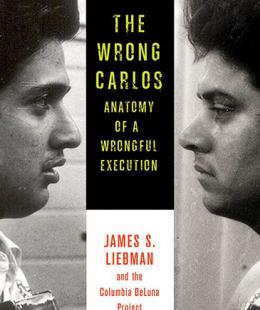 Did Texas execute an innocent man? Did it leave the real killer on the streets to terrorize his neighbors for years to come? The Wrong Carlos and its accompanying website help to answer these haunting questions. Based on one of the most thorough investigations of a criminal case in U.S. history, the groundbreaking book by Liebman and a team of his former students uncovers evidence that Carlos DeLuna, a poor Hispanic man with childlike intelligence who was executed in Texas in 1989, was innocent.

Article Prize for an outstanding work in law and society scholarship for “The Overproduction of Death,” 100 Columbia Law Review 2030, 2000, Law and Society Association

Former U.S. Supreme Court Justice John Paul Stevens stated that Liebman’s book The Wrong Carlos “demonstrated beyond a shadow of a doubt” that Texas executed an innocent man, constituting a “sufficient argument against the death penalty.”

In 2015, U.S. Supreme Court Justice Stephen Breyer cited Liebman in his dissenting opinion in a lethal injection-related case, noting that Liebman’s work “bear[s] out my own view, reached after consid­ering thousands of death penalty cases and last-minute petitions over the course of more than 20 years.” In a speech at Columbia Law School, U.S. Supreme Court Justice Ruth Bader Ginsburg cited Liebman’s oral argument in Kyles v. Whitley, 514 U.S. 419 (1995) as one of the strongest and most impactful presentations she had seen in her years on the bench. As a result of the Supreme Court’s decision in the case, Curtis Kyles was released from Louisiana’s death row for lack of evidence of his guilt.

A Training Ground for Equity-Driven Education Leadership at Columbia Law

The Center for Public Research and Leadership, founded by Professor James Liebman, marks its 10th anniversary with groundbreaking reports documenting how the pandemic is revolutionizing the role of families in K-12 education—and why that’s good news.

The Great Writ in Danger: Where Is Habeas Corpus Headed?

Phantom Justice and the Death Penalty