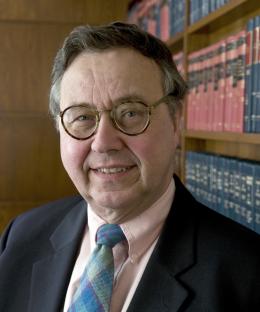 Law and technology
Law and medicine

From 1968 to 1970, Edgar served with the Center on Social Welfare Policy and Law, participating in numerous test cases in the welfare field.  Edgar also served as a fellow of the Hastings Center, a group that studies the social implications of innovation in biomedical technology.  He was the reporter for the UNESCO International Committee on Bioethics, which drafted the International Declaration on Human Rights and the Human Genome. This Declaration was subsequently adopted by UNESCO and approved by the United Nations.

Edgar’s principal current interests are law and technology and law and medicine.  Edgar has published in both fields.