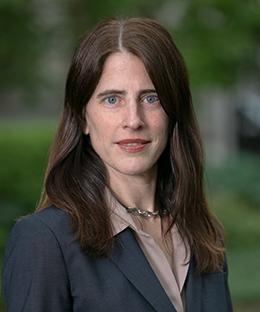 Christina D. Ponsa-Kraus joined the faculty of Columbia Law School in 2007. A Puerto Rican raised on the island, she writes about the constitutional history of American territorial expansion and the extraterritorial application of the U.S. Constitution, examining their implications for American federalism, citizenship, and nationhood. Ponsa-Kraus is especially interested in the legal issues surrounding the political status of Puerto Rico and other U.S. territories (the U.S. Virgin Islands, Guam, the Commonwealth of the Northern Mariana Islands, and American Samoa) and has written about these issues in the mainstream media as well as in scholarly publications. She is the co-editor of Foreign in a Domestic Sense: Puerto Rico, American Expansion, and the Constitution, a groundbreaking study of the United States’ unfinished colonial experiment.

Ponsa-Kraus is currently working on a study of recent legal developments affecting the status of the U.S. territories.

Before joining the Law School, Ponsa-Kraus clerked for Judge José A. Cabranes of the U.S. Court of Appeals for the 2nd Circuit and for Justice Stephen G. Breyer on the U.S. Supreme Court. She is an affiliated faculty member of the Columbia University Center for the Study of Race and Ethnicity.

Puerto Rican Rights at SCOTUS and Throughout History

| We the People Podcast
In The Media