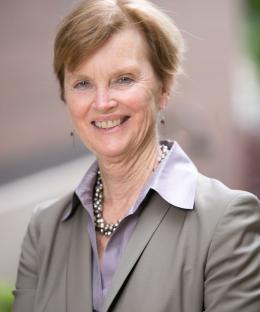 An award-winning teacher, Brett Dignam has been the indefatigable director of the Law School’s Challenging the Consequences of Mass Incarceration Clinic since joining the faculty in 2010. She brings to the classroom her experience as a fierce advocate and litigator in more than 30 federal and state cases in the area of prisoner’s rights. With her students, she has challenged conditions of confinement ranging from deficient medical care to lifetime solitary confinement. Students in the Mass Incarceration Clinic have had several notable victories. Most recently, five students successfully argued in U.S. District Court that permanent solitary confinement violates various provisions of  the U.S. Constitution.

Before entering academia, Dignam served as a law clerk for Judge William H. Orrick on the U.S. District Court in San Francisco, and she subsequently developed a prison litigation practice in both federal and state courts. She then joined the U.S. Department of Justice in Washington, D.C., where she worked as an attorney on tax enforcement policy and on criminal appeals in all federal courts of appeals. She helped develop the Justice Department’s tax division’s policies on issues ranging from money laundering to the Racketeer Influenced and Corrupt Organizations Act (RICO).

As a professor at Yale Law School from 1992 to 2010, Dignam led the Prison Legal Services, Complex Federal Litigation, and Supreme Court Advocacy Clinics. She has taught and supervised students working on issues related to poverty and HIV, landlord/tenant conflicts, and immigration. She also has guided students through administrative hearings and state and federal trial and appellate courts on cases involving state habeas claims and violations of the Voting Rights Act.

As Columbia Law School’s inaugural vice dean for experiential learning from 2018 to 2021, Dignam oversaw dozens of externships, simulations, and practicums as well as seven clinics.

Best of 2021: Connecticut’s Sole Supermax Prison Is Closing. What Comes Next for the Men Who Used to Be On Death Row?

| The Connecticut Mirror
In The Media

Connecticut’s Sole Supermax Prison Is Closing. What’s Next for Those Who Used to Be on Death Row?

| The Connecticut Mirror
In The Media