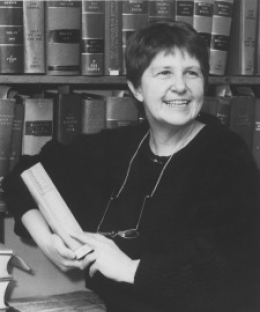 A 1955 graduate of the Law School, Black served as an Associate in Law at the school from 1955 to 1956. In 1965, she began a doctoral program in history, specializing in Anglo-American legal history, at Yale University, and served as an instructor and lecturer in history while completing her graduate studies. On award of her Ph.D., Black became an assistant professor of history at Yale. She was appointed an associate professor of law at in 1979. Black was a visiting lecturer at Harvard Law School in 1978 and joined the Law School faculty in 1984. She served as dean of the Law School from 1986 to 1991.

Black served as president of the American Society for Legal History from 1986 to 1987 and from 1988 to 1989. She has been a member of the Selden Society, the Massachusetts Historical Society, the American Academy of Arts & Sciences, the American Philosophical Society, and the New York State Ethics Commission. She was also a member of the New York Law School board of trustees from 1992 to 1998. Black is a trustee emerita of the Supreme Court Historical Society. She is also a member of the Italian Academy for Advanced Studies in America at Columbia University and the Permanent Advisory Board for the Jay Papers Project at Columbia University. Her publications are focused on legal history and contracts.