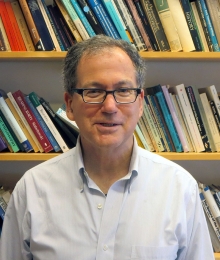 For most of the last century, until recently, the unquestioned assumption has been that an effective global regime in trade or other domains must be built on a comprehensive agreement among nearly all pertinent nations on uniform and fixed rules. The WTO, which came into being in 1995, the Kyoto Protocol on reduction of greenhouse gases, signed in 1997, and various human rights conventions were seen as the culmination and vindication of this assumption. But today all three are hamstrung by disagreements among the parties to the agreements. The Appellate Body of the WTO is all but paralyzed, as are its internal policy-making committees. The Kyoto Protocol has been replaced and repudiated by the Paris Agreement of 2016, by which party nations determine their own contributions to emissions reductions. The effectiveness of human rights conventions is widely criticized even as their focus on individual, rather than social rights is fiercely questioned. A widely held view maintains moreover that these failures were all but inevitable, as rule-based global regimes are constitutionally incapable of achieving their purpose while respecting the prerogatives of national sovereignty and meeting the burden of democratic accountability.

This seminar examines the origins of current global regimes and the reasons for their failures. It challenges the thesis that global coordination must come at the price of sovereignty or democracy by pointing to the emergence in trade, climate change and human rights of alternative regimes, pieced tougher in a process of federation, and foreshadowed by developments in the European Union, that respect both.

Students are expected to come to class prepared to discuss the week’s readings in detail and to write, in consultation with the instructor, a 20- to 30-page paper on a subject of their choosing deepening or criticizing one or more arguments of the seminar.