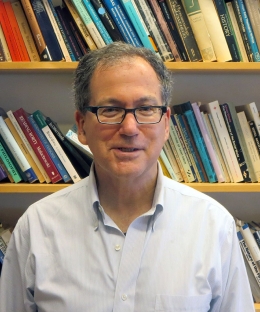 Charles F. Sabel is a professor of law and social science at Columbia Law School. Previously, he was Ford International Professor of Social Science at Massachusetts Institute of Technology. His undergraduate degree is in social studies, and his graduate degree is in government, both from Harvard University. His earlier work focused on the crisis of mass production and it­s implications for the regulation of markets and the macroeconomy. His more recent work develops pragmatist ideas into a general conception of democratic experimentalism, with particular attention to regulation, the provision of complex social services, and contracting under uncertainty. Sabel’s current projects include the elaboration of experimentalist or incremental solutions to apparently global problems such as trade and climate change; an investigation of the current transformation of U.S. administrative law in the face of uncertainty; and new models of economic development emerging with the spread of advanced techniques of “industrial” production to all sectors of the economy in the context of globalization. 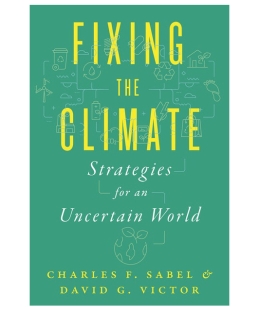 Fixing the Climate: Strategies for an Uncertain World (with David Victor)

Global climate diplomacy—from the Kyoto Protocol to the Paris Agreement—is not working. Despite decades of sustained negotiations by world leaders, the climate crisis continues to worsen. The solution is within our grasp—but we will not achieve it through top-down global treaties or grand bargains among nations.

Charles Sabel and David Victor explain why the profound transformations needed for deep cuts in emissions must arise locally, with government and business working together to experiment with new technologies, quickly learn the best solutions, and spread that information globally. Sabel and Victor show how some of the most iconic successes in environmental policy were products of this experimentalist approach to problem solving, such as the Montreal Protocol on the ozone layer, the rise of electric vehicles, and Europe’s success in controlling water pollution. They argue that the Paris Agreement is at best an umbrella under which local experimentation can push the technological frontier and help societies around the world learn how to deploy the technologies and policies needed to tackle this daunting global problem.

A visionary book that fundamentally reorients our thinking about the climate crisis, Fixing the Climate is a road map to institutional design that can finally lead to self-sustaining reductions in emissions that years of global diplomacy have failed to deliver.

The Glasgow Climate Talks Will Fall Short. Here Are Other Ways to Accelerate Progress.

| MIT Technology Review
In The Media

| Slate
In The Media

How to Fix the Climate