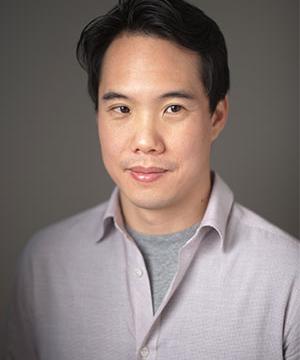 Charles Yu ’01, a prize-winning author of several books and short stories, considers himself a “freelance protagonist.” The moniker, which he has used for more than a decade, serves as a little reminder for him to be the hero in his own life’s adventures. In December 2014, Yu rose to the challenge, leaving his job as an in-house counsel at the technology company Belkin to join the writing team for the HBO series Westworld.

“The jobs are fundamentally not that different,” Yu says when asked about working as an attorney and a writer. “Both entail a lot of thinking and trying to communicate your ideas clearly; to try to put something in a form that others will find compelling.”

Yu’s path to becoming a writer was unconventional: He studied biology at the University of California, Berkeley, before attending law school. When he began work at a law firm as a young associate in 2001, Yu devoted a part of each day to writing as a way to counterbalance his intense schedule.

Soon, national literary outlets were publishing Yu’s work. In 2004, he received the Sherwood Anderson Fiction Award for his collection Third Class Superhero, and the National Book Foundation named him one of the country’s best up-and-coming fiction writers in 2007.

Yu published his first novel, How to Live Safely in a Science Fictional Universe, in 2010, and Sorry Please Thank You, a collection of short stories, in 2012. A few years ago, when a film company optioned the rights to one of his stories, Yu became interested in the prospect of making writing his full-time job.

Since joining the Westworld team, Yu has written one episode and served as a story editor for two more. Now a television writer, he continues to find connections between his creative endeavors and the 13 years spent as a practicing attorney.

“My work life informed my writing,” he says. “I can’t imagine doing anything without that training.”