Words of Wisdom from Judge Anita B. Brody ’58

Columbia Law School’s most prestigious award, the Medal for Excellence, has been presented annually since 1964 to alumni and past or present faculty members who exemplify the qualities of character, intellect, and social and professional responsibility that the Law School seeks to instill in its students.

From the bench, the Honorable Anita Blumstein Brody ’58 has written and handed down more than 200 opinions as a judge on the U.S. District Court for the Eastern District of Pennsylvania. Her most influential rulings include the recent settlement of the NFL concussion case that has garnered worldwide attention and the writ of habeas corpus she granted to a man who’d been a death row inmate for more than 20 years. Like most judges, she is reluctant to give interviews about her decisions.

But in her chambers, she is legendary for sharing her opinions on life and law with her clerks. As a trailblazing lawyer and judge, Brody feels duty-bound to be a mentor to her clerks, especially the women, which is one of the many reasons why she will be honored with the Columbia Law School Medal for Excellence at the Winter Luncheon on Feb. 24.

When Brody turned 80 in 2015, her current clerks contacted all of her former clerks and asked them to send remembrances and family pictures for a digital album, because Brody has always counseled that a personal life should never be sacrificed for professional ambition. “Your family is more important than your career, but success in one area is not exclusive of success in the other,” she has advised a generation of clerks. “There is never a good time in your career to have a baby, so just have one whenever you want.” 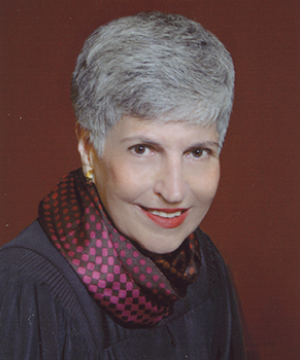 Brody practiced what she preaches. After graduating from the Law School, she took a job working for the attorney general of New York. But when she married Dr. Jerome I. Brody in 1959, she followed him to Philadelphia and put her career on hold for most of the 1960s so she could raise their three children. While staying at home, she became active in politics, which turned out to be advantageous to her career. “I’m a federal judge because of the years I spent standing out in the rain handing out sample ballots,” she told the Philadelphia Bar Association when she received its Sandra Day O’Connor Award, which honors women lawyers who openly and visibly use their position and stature in the community to mentor, promote, and advance other women lawyers.

After nine years as a full-time parent, she joined a small group of lawyers in private practice outside Philadelphia. However, Brody does not presume that her path is the correct one, or even possible, for other women lawyers.  “I’m not philosophically committed to mothers staying home, nor do I believe it’s better for children that they do so,” she has said. “I was able to stay home because of the generous support of my husband.”

In 1981, she was appointed by the governor of Pennsylvania to fill a vacancy on the Court of Common Pleas in Montgomery County, and there were some who then questioned whether a woman could control a courtroom. Her tart response: “After raising three children, the courtroom is a piece of cake.” In 1991, she was nominated by President George H.W. Bush to the U.S. District Court for the Eastern District, where she continues to serve.

Brody has never doubted her own ability. Growing up in Brooklyn, she credits her father, David Blumstein—who ran a summer camp in the Poconos and taught math at James Madison High School (the alma mater of Supreme Court Justice Ruth Bader Ginsburg ’59)—with having the same expectations for her as for her brother, James, who’s a professor of law and health policy at Vanderbilt University. As a student at Wellesley College in the early 1950s, she thrived in an environment where women were expected to excel. She set her sights on getting an M.B.A. at Harvard Business School, only to discover that women were not even allowed to apply. (The business school began enrolling women in 1963.) Columbia Law School, of course, has been accepting women since 1927. Nevertheless, Brody encountered sexism in Morningside Heights. “It never occurred to me before law school that there were people who believed that a woman couldn’t do the same job as a man,” she has said.

Although one of her mantras is “Don’t Be a Victim,” she does not shy away from discussing the distinct challenges mothers face as they pursue legal careers. “It remains a women’s issue because in the vast majority of cases, women do the lion’s share of household management and child rearing,” she has said. “Women are afraid to discuss the issue openly for fear they will be labeled unprofessional and suffer further repercussions.”

Brody’s chambers at the U.S. District Court are a testament to her belief that you should never “be afraid to tell people how important being a parent is to you.”  Her bookshelves are full of photographs of her children and grandchildren, as well as photographs of her clerks and their families. The hallway leading to her office is lined with two-dozen portraits of Brody and her law clerks—one for every year she’s been on the bench. “Getting to work with my law clerks is one of the most exciting parts of my job,” she has said. “They are exceptional lawyers and human beings.”

And they are better for having clerked for Judge Brody who teaches them about perseverance (“Hard work wins respect”), effective writing (“Nothing beats a good verb”), competition (“Sometimes you have to claw your way to the top”), and ambition (“You’ve got to have fire in your belly—whatever you do, be passionate about it.”) She even shares her tip for getting out of a sporting event parking lot after a game: “Edge forward without looking at the other driver and then go!”

Leading by example, she always shares with her clerks the secret of success. “The first principle of being a good lawyer is being a good person,” she likes to say. “Integrity is what matters.”